It’s been over two years since Beiwen Zhang has had a coach, or even extended badminton sessions.  Those are unusual circumstances for someone ranked as high as world No.12. 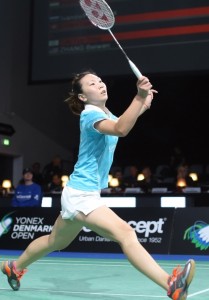 The China-born former Singapore international, currently representing USA, lives in Las Vegas but has to travel to San Francisco for training.

“I haven’t been playing. If I want to hit on court, I have to go to San Francisco. I’m based in Las Vegas, so I don’t get to play at all.”

Zhang played for Singapore for over nine years before she decided to relocate to the US after a vacation with a friend in mid-2012. Consistent performances at Grand Prix-level tournaments last year – she won the US Open, Brasil GP and Dutch Open – saw a steady rise in her rankings. At the BWF World Superseries level she has had some good wins, but hasn’t quite managed the big breakthrough, which she says is due to a lack of consistent high-quality training.

“Physical training helps, but if I’m playing a tough match, my hands have no feeling. I get nervous when I touch the shuttle. I don’t have the confidence to control my hands,” she said after losing a close second round match to China’s Sun Yu at the Maybank Malaysia Open this week.

Still, with wins over players like Bae Yeon Ju, Tai Tzu Ying and Michelle Li, Zhang has shown she belongs in the world’s elite.

Zhang credits her badminton acumen to her Singapore training under coach Ding Chao for four months. 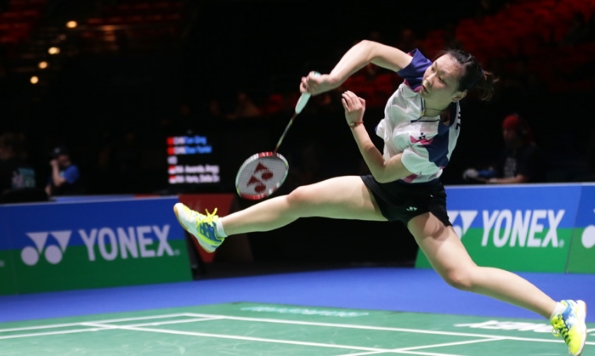 “He brought me to world class level in 2009, but at the time I was young and not really mature for badminton. Last season I did pretty well because I played in the German league, so I had a little bit of training. These days I just do physical training and watch videos. Of course it’s better to have a coach. I enjoyed training under him.”

The challenge for Zhang has been to pursue her badminton ambitions by herself, without the support systems that are available to her peers.

“Sometimes I’m jealous of that,” she admits. Zhang seeks out budget hotels and airfares to keep her expenses as minimal as possible.

Zhang will be seen in action at her home event, the OUE Singapore Open, for the first time since 2011. She has a difficult draw, beginning with a face-off against Hong Kong’s Yip Pui Yin.

“I want to see how high I can go. I hope I can qualify for the (BWF Destination Dubai) World Superseries Finals in Dubai.”