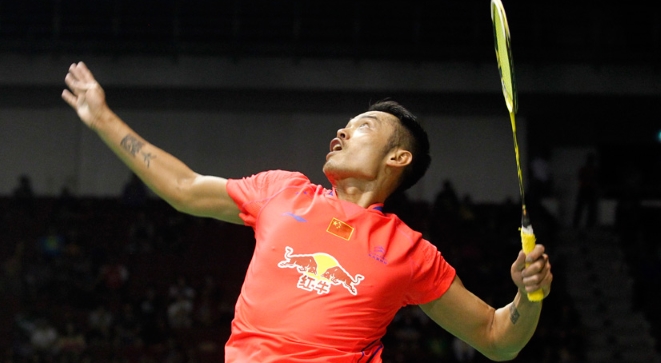 After months of promising to, Lin Dan finally offered glimpses of his true self while making the

The Olympic champion (featured image) has scarcely appeared his best in recent months. Looking scratchy in the third game against an inspired Jan O Jorgensen (Denmark), Lin burst into life from 11-15 down with an explosion of pace and power, snatching seven points in a row, and leaving an irritated Jorgensen in his wake. The last few points were vintage Lin Dan – dives left and right; precision clears and drops from the deep; swooping up to fire his missiles into the tightest of openings. The tentative recent performances from the India Open and All England lay buried as the champion gave himself a shot at claiming the Malaysia Open for the first time. 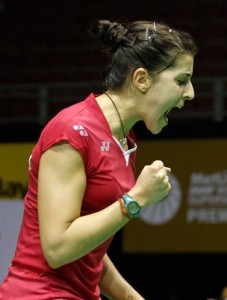 “I made too many mistakes,” rued Jorgensen.

“I started well but then I played the same game in the second and he found his rhythm. I didn’t make enough variations. I don’t think he won it – I threw it away.”

The Women’s Singles final will be a rematch of the BWF World Championships title clash, with Spaniard Carolina Marin taking on China’s Li Xuerui.

It was so close and yet so far for new No.1 Saina Nehwal as she went down by a whisker to defending champion Li in the semi-finals.

For most of the 68-minute match, the Indian appeared in control and certain to defend her status as No.1 over her predecessor. The Indian frequently frustrated Li with her defence under pressure; confronted with the quality of Nehwal’s returns, Li’s usual sharpness deserted her. A number of misjudgements committed by Li saw her trail 7-11 in the third, and the Chinese hunched over between points, appearing out of breath. 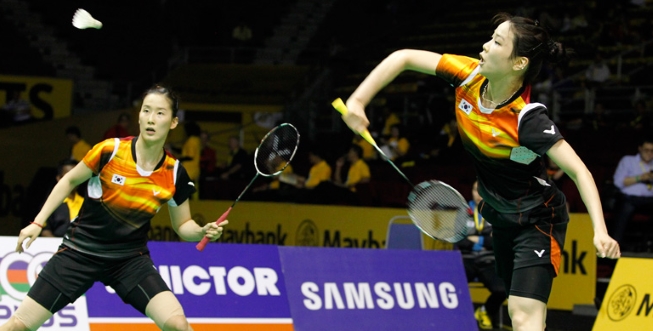 Yet, as she has done so many times before, Li refused to buckle and took the match into a tight finish. With Nehwal leading 19-18, a lucky break came her way: the Indian’s smash, called ‘in’ by the line judge, was overruled by the umpire. The last two points went by in a flash, leaving Li victor by a thin margin: 13-21 21-17 22-20.

Nehwal chose to see the positives despite the narrow loss.

“I wasn’t so good at the closing points. She was playing tricky shots at that stage. I’ve played very well with all these top players; I’m constantly improving. It was a 50-50 match. This is what I wanted, to play constantly at such a high level.

“I was lucky to win today,” admitted Li.

“I haven’t played such a tough match in a long while. Tomorrow will be difficult as Carolina Marin is carrying a lot of confidence since her World Championships win.” 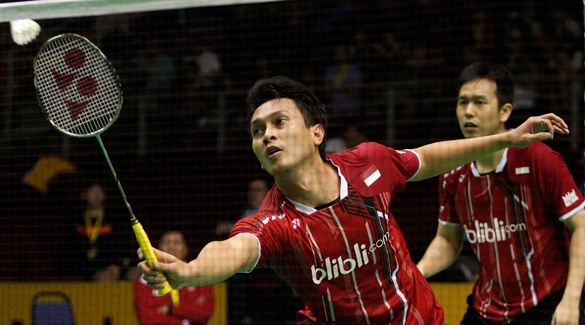 On an adjacent court, Marin had resolved to extend the rallies as much as possible to take advantage of Wang Shixian’s 111-minute quarter-final. Despite the rigours of her previous encounter, Wang made a match of it. She had two opportunities to take the match to a third game but Marin saved both and clinched the issue on her own third opportunity.

Both Men’s Doubles encounters were entertaining affairs. Title favourites Lee Yong Dae/Yoo Yeon Seong (Korea) were in trouble against Lee Sheng Mu/Tsai Chia Hsin but their Chinese Taipei opponents committed errors at the most inopportune of moments. With match point at 20-19, Lee Sheng Mu served into the net; his misery was complete with a misdirected smash to hand the Koreans match point.

“They displayed some strong tactics and were especially good on the first three shots.”