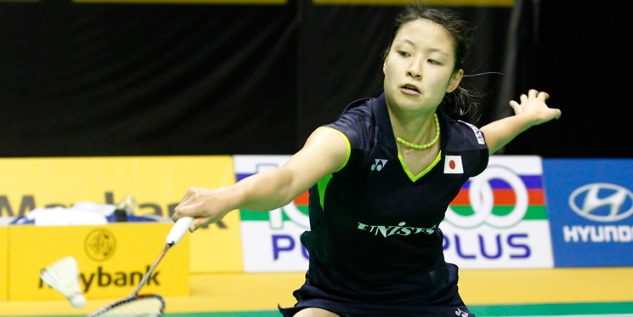 Minutes after competing in one of the most gruelling matches in recent times, Nozomi Okuhara

slumped on to the floor, unable to move.

Her vanquisher, Wang Shixian of China, shot a sympathetic glance at the grief-stricken Japanese, who was overtaken by cramps and tears.

An extraordinary Women’s Singles quarter-final at the Maybank Malaysia Open had played out, leaving two exhausted contenders – one in agony, and the other too spent to celebrate. At 111 minutes, the quarter-final was among the longest singles contests in history. 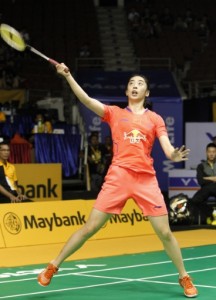 It had been an intense battle of will. Wang, blessed with a few more weapons than her diminutive opponent, saw her best shots returned; Okuhara (featured image) sped from baseline to net and back again, flinging herself at everything that Wang could conjure. The Japanese was brilliant at her stonewalling game, throwing all the shuttles deep to the baseline or tight over the net and dragging her opponent across every inch of the court.

With Okuhara barely making any mistake, Wang appeared under increasing pressure. The Japanese could nearly sight the finish with an 18-15 lead in the third game, but yet again Wang returned from the dead. The shuttle finally dribbled over the net cord and fell into Okuhara’s court on Wang’s second match point.

Wang was full of admiration for her doughty opponent.

“I could notice she was cramping in the third game, but she still fought so hard. Maybe I won because I was steadier at the end. It was very close. I’m just so happy to have won. I haven’t reached a World Superseries semi-final in a while, so I’m relieved.” 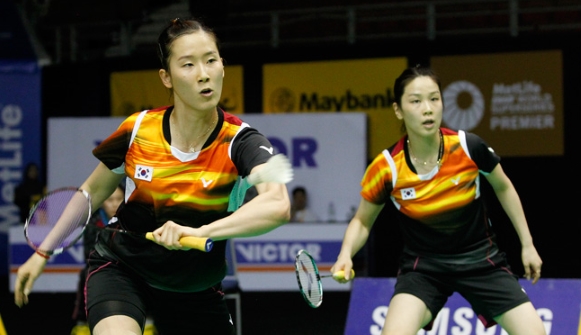 Both Li and Nehwal were taken the distance – Li by compatriot Wang Yihan and Nehwal by China’s Sun Yu. The Indian was in trouble in the third game, having lost a 14-8 lead, but surprised Sun with a couple of unexpected shots at the end to close out the match 21-11 18-21 21-17.

In Men’s Singles, No.5 seed Lin Dan spent an extended session on court, needing three games to get past teammate Tian Houwei, 11-21 21-16 21-13. The other semi-finalists completed their matches quickly: Chen Long, Wang Zhengming and Jan O Jorgensen – the Dane was the only non-Chinese semi-finalist – were not stretched. Chen destroyed the challenge of Japan’s Kento Momota 21-16 21-11, while Jorgensen dealt with Hong Kong’s Wei Nan in similar fashion. 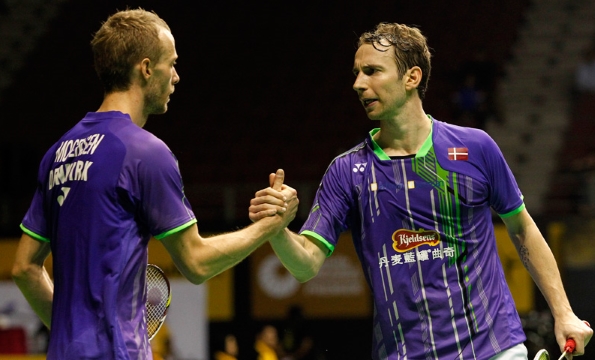