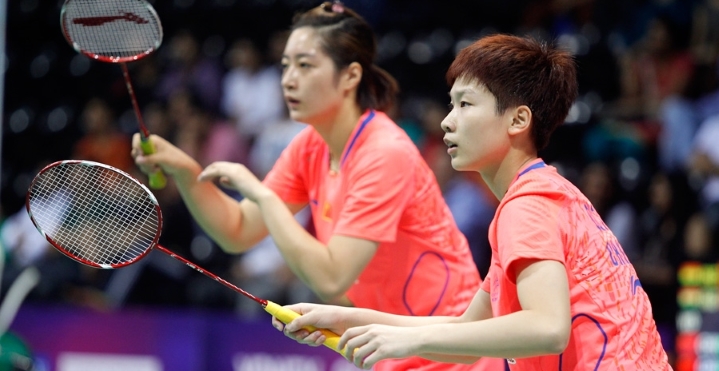 Maybank Malaysia Open, but several of his fellow seeds were not so lucky.

The Indian progressed into Men’s Singles round two despite facing two match points on a day when a few seeds toppled out. Among the casualties were Son Wan Ho (3), Viktor Axelsen (6), Hans-Kristian Vittinghus (8) in Men’s Singles; Tai Tzu Ying (7) in Women’s Singles, and top seeds Misaki Matsutomo/Ayaka Takahashi and No.2 seeds Christinna Pedersen/Kamilla Rytter Juhl in Women’s Doubles.

Srikanth yet again showed the vast reserves of mental strength that have catapulted him to world No.4 from No.22 last year. He was in all sorts of trouble against England’s Rajiv Ouseph but doggedly kept himself in the hunt and was eventually rewarded. 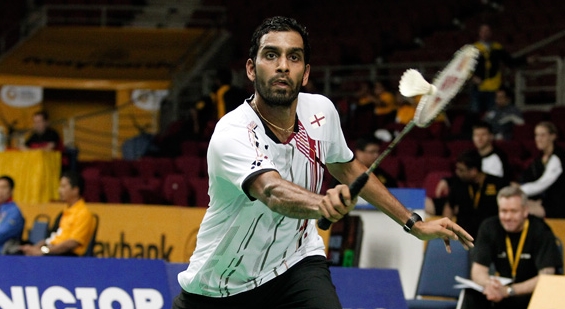 Missing the intensity that saw him capture back-to-back titles in Switzerland and India, the No.4 seed trailed Ouseph for most of the third game. The Indian had a huge slice of luck facing hsi first match point when Ouseph smashed into the net with Srikanth at his mercy. Another match point too was saved before Srikanth closed out the match 21-10 15-21 24-22.

Srikanth refused to blame his below-par performance on the strain of having played three tournaments in the last month.

“It was just that he played very well. I got a bit lucky on the first match point,” said Srikanth. 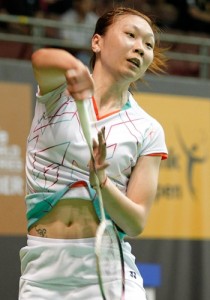 “I couldn’t play 100 percent. I didn’t have time to recover from the India Open as I reached (Kuala Lumpur) yesterday and didn’t have time to practice. I couldn’t get the timing right on my smashes today because of the drift. I’m somehow able to pull off these three-game matches but I cannot do it every time. I have to find a way to finish matches quickly.”

Hong Kong Open winner Son Wan Ho (Korea) was done in by the in-form Chinese qualifier Xue Song. The Korean was adrift from the start and could never find his way back during the 21-14 21-8 rout. Hong Kong’s Wei Nan and Hu Yun were the other upset-makers on the day, beating Danes Hans-Kristian Vittinghus and Viktor Axelsen respectively.

Hong Kong Open Women’s Singles winner Tai Tzu Ying followed Son Wan Ho out of the event. Tai had almost wrapped the match up at 21-18 20-18 before Beiwen Zhang (USA) surged past her, 18-21 22-20 21-12. Zhang’s compatriot Iris Wang joined her in the second round with a three-game win over Chinese Taipei’s Hsu Ya Ching. 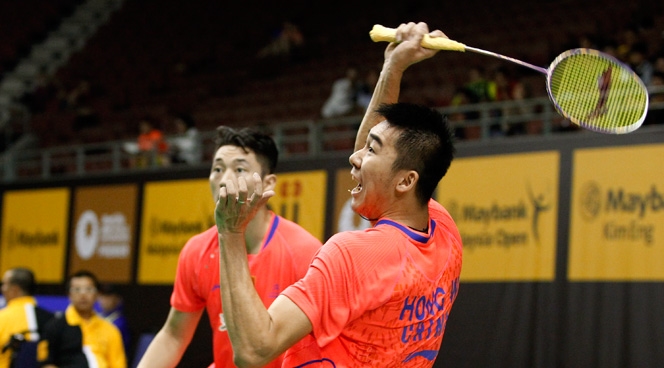 Matsutomo and Takahashi were level at 14-all in the third game. A series of smashes by Ou Dongni saw the Chinese edge ahead at 15-14; from then, some bad luck and a couple of errors by Takahashi were all it took for the top seeds to collapse 17-21 21-18 21-14.