When Mads Conrad-Petersen takes the court, he is not troubled by many of the existentialist questions that may haunt other elite players.

Having passed that self-questioning phase early in his career, he is now stronger under pressure, helping him and partner Mads Pieler Kolding blossom into a top pair. This year, the Danes won the German Open, made the semi-finals of the All England, and had a title shot at the India Open, helping them earn their career-best ranking of No.10.

Life outside the badminton court – the ‘real’ life, in a sense – might seduce players from time to time, leading some to quit the game in search of other callings. Those pursuits are usually towards the middle or end of a career, but in Conrad-Petersen’s case, it came at the very beginning. As one of Denmark’s most promising players when he was 19, he was attracted to life outside the court and gave up badminton.

“From when I was eight to 18 I was the best in my country in the juniors, so there was a lot of pressure on me,” says Conrad-Petersen. 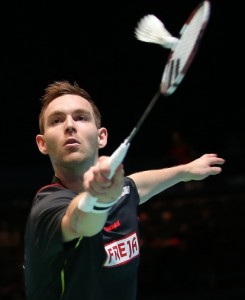 “I’d moved away from my parents’ place (Jutland) to Aarhus, 200 km away, to train under Morten Frost. I had to practice all day. Suddenly I was all alone. It was difficult and I quit playing.”

He was 19 when he decided to quit. He enrolled for a degree in finance, went out in the evenings to party, drank a lot of beer and lived it up.

“I played badminton once a week for fun. I was enjoying life. I played team matches in the first division in Denmark. After I’d played my first match, one of my old coaches told me, if you play like this after practising once a week, imagine how good you could be if you played every day. Going home that evening, I said to myself, I want to get back. I called Morten the next day. I told him I’ve had ten months and I want to be back, and would be the first at practice and the last to leave.

“Maybe I’d needed some time of rest. Because if you want to be one of the best, you have to dedicate all your time. And at that time, I felt like going out in the evenings and being with friends and maybe getting a girlfriend. I felt badminton was too big a part of me. But being away from it for 10 months, I felt I missed it, so when I came back it was with the mentality to improve. In one or two months I became as good as those who were training for a year.”

That was around seven years ago, but the lessons have stayed with him. He doesn’t miss life outside badminton now because he experienced it but still felt he was missing something.

“Maybe that’s why I’ve become so good now, because I took those months away. To just do anything else, and to actually see I miss badminton. Because when you are playing, there is a lot of pressure on you, and you’re disappointed when you travel far and lose, but I found during those ten months, that’s exactly what you miss also – you miss that tension, that you can do something special. It was good for me to get a rest and see, that these tensions before matches, those are also things you miss when you don’t play.” 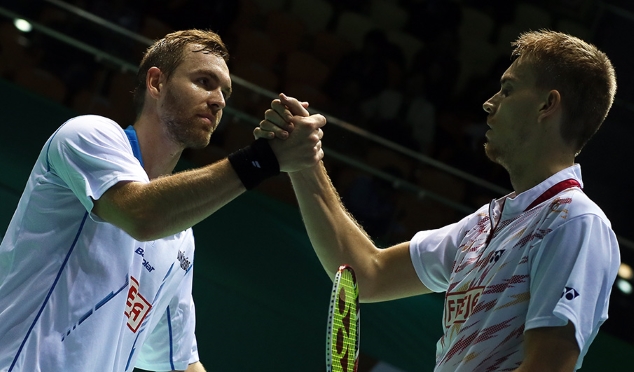 Reunion with former junior partner Kolding has worked well. The pair has grown stronger with time – Conrad-Petersen credits it to their experience and their friendship off court – and he knows that a big title might just be round the corner.

“We dedicate our lives to badminton, and we are more professional now. We do everything in our lives to be better at badminton. I always say to myself, you will wake up next day even if you lose. It won’t always go your way. It’s important to put it into perspective and see your progress as a process. (With that perspective) you’ll start winning close matches.

“I always tell Kolding – let’s go and enjoy (the match) because you only live once.”