Saina Nehwal assured herself of the No.1 spot in Women’s Singles even as she stormed into the 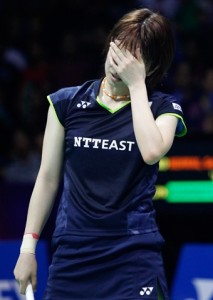 The Indian virtually clinched the place when her closest contender Carolina Marin (Spain) lost a sensational match in the other semi-final. The last non-Chinese world No.1 was Tine Baun (Denmark), over four years ago.

Nehwal’s semi-final win over Yui Hashimoto was cheered all the way by a celebratory crowd. The Japanese had no answers to the power and pace of the Indian; cowed down by Nehwal’s smash winners, Hashimoto meekly crumbled, 21-15 21-11.

The well of emotions for Nehwal finally broke after she clinched the place in the final. After weeks of stating that the No.1 ranking wasn’t on her mind, Nehwal admitted that it was probably her biggest moment since winning the bronze at the London Olympics.

“Of course I’m really happy today. It feels unbelievable. I have to see the rankings list next week to confirm that I’m really No.1. Every player dreams of being there. Now there will be a change in the name,” said Nehwal, who credited her turn in fortunes to changing her coach and moving to a different city. 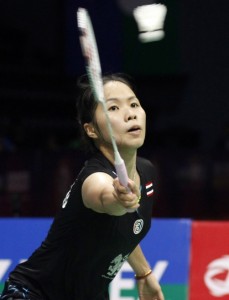 “My focus was to reach the final. I was expecting to play Marin. The last seven months have been good for me. I’m enjoying my game. I’ve reached three finals in a row and that’s special. I wasn’t so consistent earlier. I’m quite relaxed. I’m moving well and playing well with top opponents. It’s been a long journey with so many sacrifices.”

The race for No.1 had intrigued badminton fans, with Marin having a slim chance at making it if Nehwal had fallen in the semi-finals and she had gone on to claim the title. However, the race was over – for the time-being, at any rate – with Marin falling to Thailand’s Ratchanok Intanon in a cracker of a match.

In the battle of present and former World champions, a wildly fluctuating drama played out. Marin appeared to have a grip on proceedings with a 17-9 lead in the first, but Intanon picked off ten points in a row and turned it around. The next two games showcased some of the most arresting badminton seen in the women’s game; Marin saved two match points in the third but Intanon kept her composure to emerge champion 21-19 21-23 22-20 in 84 minutes.

“I was more relaxed than yesterday,” said Intanon, who is in sight of her first major title since winning the BWF World Championships in 2013.

“The pressure was on her as she is World and All England champion. I felt I was cramping in the third but tried not to think about it. I want to become champion here again.”