Buckle up, badminton fans, your favourite sport is about to hit high gear, with the introduction of a speed-tracking system tomorrow at the Yonex-Sunrise India Open – flashing out smash speeds live on-screen. 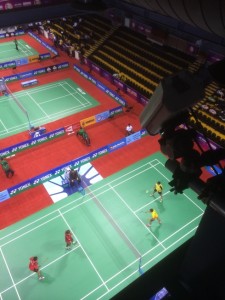 go live, following tests at five tournaments. It will also be the second successive year the Indian leg of the MetLife BWF World Superseries tour features in a ‘badminton first’ with Hawk-Eye, with the world-famous tracking system showcasing its instant-review technology for line calls at last year’s World Superseries in New Delhi.

Testing with the speed tracker has already revealed exciting facts. In the men’s game smashes have consistently been recorded in the 340-360kph region (the fastest being around 400kph) – making badminton not just the fastest racket sport, but possibly the fastest sport in the world.

The system consists of at least two high-frame-rate cameras mounted above the court. The shuttle at any point in its trajectory is tracked, showing the astonishing speeds at which it is hit. The equally impressive reaction times that are required to keep the rally going can also be calculated and displayed. The cameras used for speed tracking are different from those used for instant reviews.

“We have done a lot of development work in the office over the last year. Tracking a shuttle is much harder than tracking a tennis ball for example due to the nature of a shuttle’s flight path. A ball has a pre-determined path most of the time whereas a shuttle is much more unpredictable.” 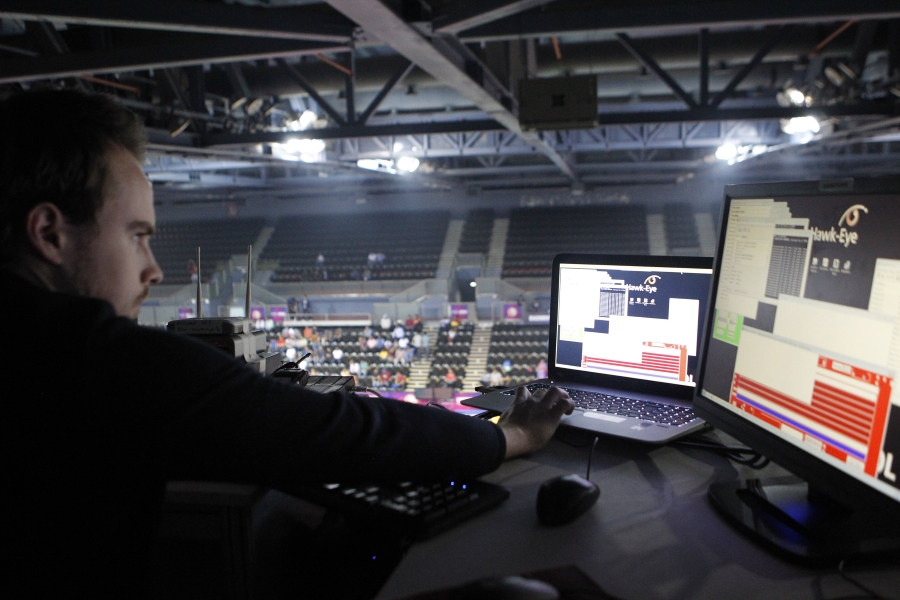 The tracker is customised to record a shuttle’s whole flight path and can show the speed in real time at any point along the flight path. The system can therefore identify the exact point of impact the shuttle makes with the racket by analysing the inbound and outbound track from when a shot is played. The speed at which the shuttle leaves the racket is then calculated based on this tracking data and the speed is calculated and available immediately.

“It’s customised to very latest rally: fastest smash or winner smash speed if it is a winning shot. If there’s a big hit during the rally, we can verbally tell the commentators and broadcast that immediately,” added Jones.

The speed tracker will finally enable commentators, media, fans and players to analyse badminton in terms of numbers. It will be easier, with a reservoir of data, to quantify the differences among players. More importantly, the live display of smash speeds, embellished with jazzy graphics, promises to enliven badminton even more.

“BWF is constantly looking for ways to enhance and optimise the spectator experience, both in-venue and for those watching our broadcast coverage. We are pleased with this development and look forward to the spectators’ reactions and, of course, to the players’ response. I’m sure it’s something they too will enjoy, especially the big smashers in badminton,” said BWF Secretary General, Thomas Lund.

Further optimisation could see court-side boards displaying smash speeds as they happen during rallies. Smash speed data can be stored in a database and a tournament leaderboard can be created for the MetLife BWF World Superseries circuit.

“Speed is one of the big selling points of our sport – it’s the fastest racket sport in the world. Now we will be able to show those numbers in graphics and TV can overlay that in a live production,” noted Lund.

Given hard hitters like Chinese champion, Lin Dan (featured image), and Carsten Mogensen of Denmark featuring at the Yonex-Sunrise India Open, the speed tracker may be in for a lightning-fast start – bringing even more bang and buzz to badminton.