Two big names bit the dust in the first round of the Yonex-Sunrise India Open at Siri Fort Complex today.

Verma’s victory cemented a good day for the hosts. Qualifier RMV Gurusaidutt fought past Lee Dong Keun in a three-game thriller; he was followed into the second round by compatriot Parupalli Kashyap, who recovered from a game down to beat Hsu Jen Hao (Chinese Taipei). 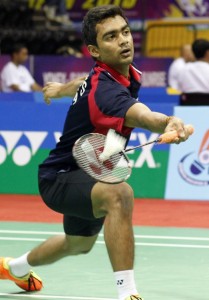 Verma, younger brother of Indian international Sourabh, looked sharp all through against Vittinghus, who made the final of the BWF Destination Dubai World Superseries Finals late last year but has struggled so far this season. The Dane had a 14-10 lead in the first game but Verma took six points in a row and had the match under control from then on.

“I’d beaten him once before, so I was confident going into the match,” Verma said.

“It took some time for me to settle down today. He’s primarily a rally player, so I had to attack and finish the rallies quickly. I’ve had some fitness problems – a back injury in 2012 and appendicitis last year – so this win over a top-ten player will give me confidence.”

Vittinghus was frustrated at not finding his form from late last year.

“It was a combination of things: Sameer played well, I didn’t play the way I should have, and I was frustrated by a fault called on my serve. I haven’t started this year well. Maybe my confidence is not as high as it used to be. I’m affected by each rally; I’m just not as stable as I should be.” 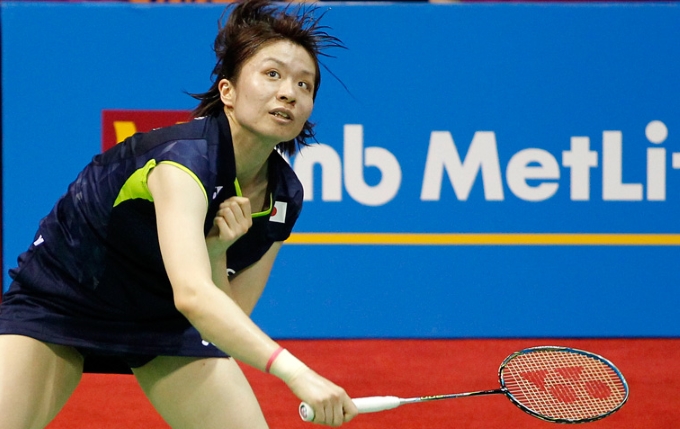 Gurusaidutt’s victory over Lee Dong Keun was one of the highlights of the day. The Indian, coming from an injury layoff, was 15-19 in the third game and match point down at 20-21 but completed an impressive comeback in the marathon match: 21-14 17-21 23-21.

There were no surprises in Women’s Singles. World champion Carolina Marin jogged past Neha Pandit (India) 21-7 21-8, while No.6 seed Nozomi Okuhara (Japan) handed out similar treatment to Jamie Subandhi (USA). Thailand’s Ratchanok Intanon (3) and Minatsu Mitani (Japan, 5) too were untroubled in their opening encounters.

Top seed Saina Nehwal faced an opponent wearing a ‘Saina Nehwal’ edition Yonex T-shirt. It was Riya Mukherjee’s dream date with her idol and she came away gushing despite losing 21-5 21-13.

Russia’s Vladimir Ivanov/Ivan Sozonov and Chinese Taipei’s Chen Hung-Ling/Wang Chi-Ling were through to the second round in straight games.

There were a couple of near-upsets in Mixed Doubles. India’s Pranaav Jerry Chopra and new partner Ashwini Ponnappa almost pulled off a surprise win over Denmark’s Mads Pieler Kolding and Kamilla Rytter Juhl, but the more experience duo triumphed 21-13 20-22 21-19. On an adjacent court, Tarun Kona/Sikki Reddy were pipped at the post by Singapore’s Danny Bawa Chrisnanta/Shinta Mulia Sari 21-15 17-21 24-22.