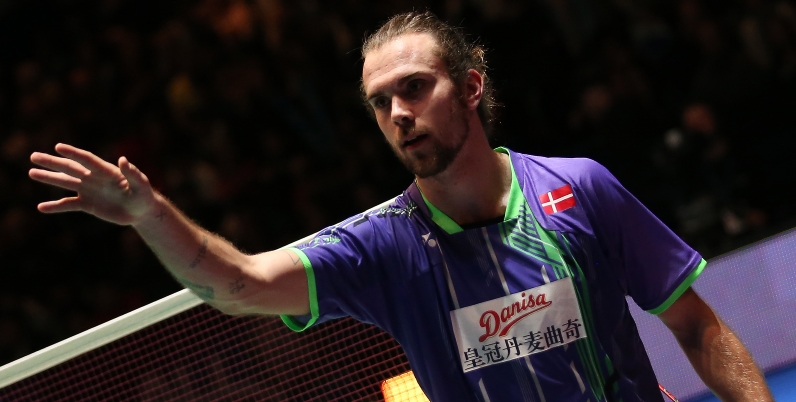 He narrowly missed making the final of last year’s Yonex-Sunrise India Open, but Jan O Jorgensen’s form this year makes him title favourite in the second BWF World Superseries event of the year. 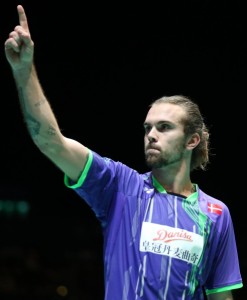 Team Championships, captured the German Open without dropping a game, and nearly followed it up with the All England title as well. Following a dip in form in the second half of 2014, Jorgensen could hardly have asked for a better start to the season.

The two-month long break at the start of the MetLife BWF World Superseries circuit helped Jorgensen put in the hard work required to prep himself up.

“The two-month break was quite good for me. I had a tough run after the BWF World Championships; I had difficulties getting to 100 percent. You have to keep competing if you’re not as stable as Chen Long or Lin Dan. I needed to play even though I was not 100 percent. I enjoyed having one full month of tough practice, to have some weeks to ruin the body, when you work so hard you’re not able to play. I did that for a few weeks. Then I felt better, and then it was less practice and more matches at the Danish nationals and European team championships. For me it was having time to work really hard.”

Jorgensen had his chances in the All England final. Level until mid-way in the second after taking the first game, he was eventually outplayed by Chen Long. Despite losing the match, the Dane concedes he lost to a better player on the day. 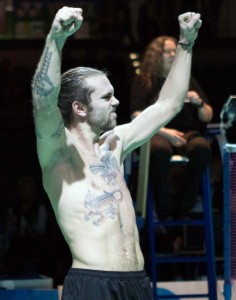 “That final was on a high level. I have to give it to Chen Long, he was the better player that day. I did all I could and I’m quite proud of that final.

“I’m happy about the way I’m working right now. I’ve tried to get better at all the small things and you can see it in my game.”

Jorgensen expects a tough week at the Yonex-Sunrise India Open. The top seed runs into Japan’s Sho Sasaki in his opener, and he doesn’t want to think beyond that.

“I’m aware I have a tough first round against Sasaki. I can lose if I don’t play well. I go into every tournament going to win it, but I’m aware that there’s so many good players. For the moment, I’m only thinking about the game tomorrow.”

In an elite badminton world of clean shaven men, the Dane cuts a striking figure with his tattoos, stubble and long hair. He says it has to do with the friend circle he’s got; a circle outside badminton that he cherishes and keeps him rooted to life outside the game.

“I’m inspired by my friends and the environment I come from. When I’m not playing, I’m hanging out with them and we talk about different stuff… I’m aware of being a full person, not just a badminton player. I’m aware I need to have other things in my life, in order to be able to compete. When I practice, I’m a badminton player, but when I get home I have other things.”