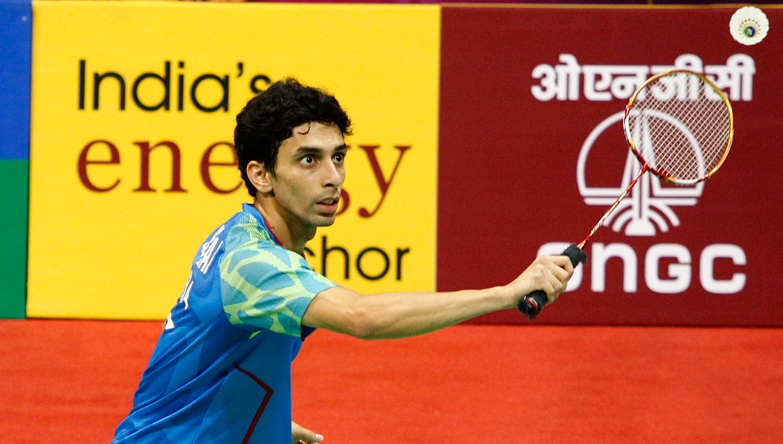 In its fifth year as a BWF World Superseries event, the Yonex-Sunrise India Open reflects the rise of India as a badminton power in singles.

The surest sign of this is in the two singles events, in which, for the first time, two Indians have been seeded in the top two. While Saina Nehwal goes in as favourite alongside World champion Carolina Marin in the Women’s Singles, Kidambi Srikanth’s astonishing rise over the last year has ensured him a second seeding in Men’s Singles.

The two singles categories therefore have every ingredient that will appeal to home fans – strong local contenders, the presence of big stars, and the prospects of some enticing final clashes.

Srikanth can expect a tough week, starting with a face-off against Thailand’s Tanongsak Saensomboonsuk. The second round will be against Japan’s Kento Momota – who beat him recently at the All England – or China Open semi-finalist Marc Zwiebler (Germany).

While the focus of the crowd will be on Srikanth and five-time World champion Lin Dan, the presence of other strong prospects makes this category difficult to predict. Top seed Jan O Jorgensen (Denmark) will have to contend with Japan’s Sho Sasaki in the first round. Other names in the reckoning include Denmark’s Viktor Axelsen and Hans-Kristian Vittinghus, finalist at the BWF Destination Dubai World Superseries Finals; Commonwealth Games champion Parupalli Kashyap (India); French Open champion Chou Tien Chen (Chinese Taipei); Tommy Sugiarto (Indonesia) and Wang Zhengming (China).

While Nehwal is widely expected to be in the final, Marin can expect a harder path. The feisty Nozomi Okuhara, winner of the Yonex-Sunrise Malaysia Masters, can be a formidable quarter-final opponent; if Marin crosses that hurdle she could run into India Open 2013 champion Ratchanok Intanon. The Thai will be keen to rediscover her sublime form of that year, when she also became World champion.

Okuhara’s compatriot Minatsu Mitani and China’s Yao Xue are the other significant names in the draw; both are in Intanon’s quarter. With Yao’s compatriots Li Xuerui, defending champion Wang Shixian, Wang Yihan, Liu Xin and Sun Yu having skipped the event, she will shoulder China’s expectations.

In Men’s Doubles, defending champion Mathias Boe/Carsten Mogensen (Denmark) will hope to continue their golden run of form that saw them win the All England. The top seeds have a relatively easy draw. Compatriots Mads Conrad-Petersen/Mads Pieler Kolding are in the same half; following an impressive campaign at the All England, they could well be the pair to watch.

China’s formidable Women’s Doubles players Bao Yixin and Tang Jinhua have reunited after stints with other partners. Their road to the semi-final might see them clash with compatriots Ou Dongni/Yu Xiaohan or Luo Ying/Luo Yu, while the top half might see Misaki Matsutomo/Ayaka Takahashi (Japan) face off against Denmark’s Christinna Pedersen/Kamilla Rytter Juhl.