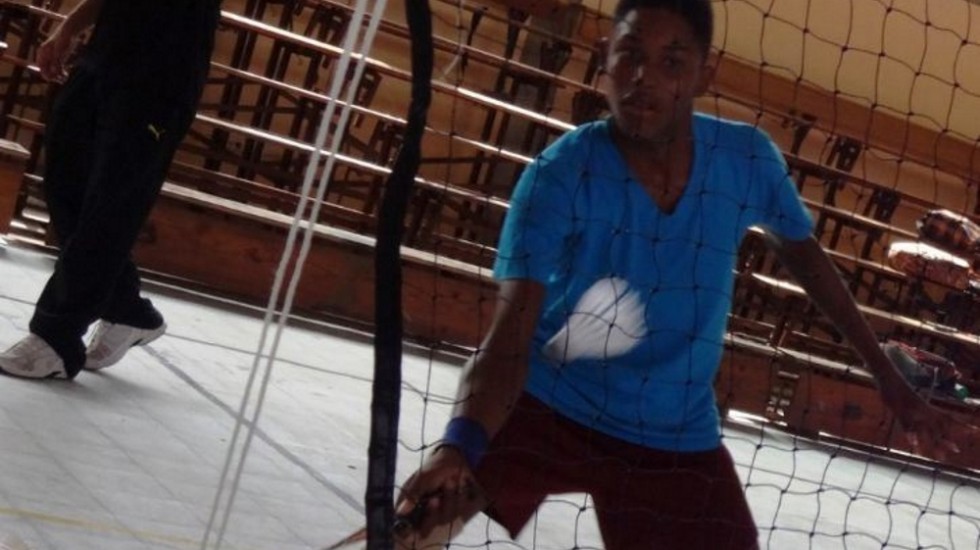 BWF’s Shuttle Time programme is extending its global footprint, marking its 84th implementation in Togo last month as it targets 90 countries on board by mid-year.

When BWF’s Annual General Meeting (AGM) takes place in tandem with the BWF Sudirman Cup in China in May, the international federation is hoping half its 182 members will have activated the grassroots development programme. As the BWF’s Development team gets into high gear for 2015, the most recent implementations, apart from Togo, have been in Barbados (featured image), Greenland and Ivory Coast. Another African country – Benin – is set to become Shuttle Time’s 85th implementation later this month. Plans are also afoot to introduce Shuttle Time in Cameroon, Myanmar, Spain and Vietnam in the near future.

“It’s been great how our membership has responded to this development strategy. Shuttle Time has grown at an amazing rate, well beyond our original projections or what we had targeted at this stage. Therefore, we have had to reassess our plans and how we move forward,” explained BWF Chair of Development, David Cabello (right).

“The demand for Shuttle Time is high but we want to ensure our implementations are sustainable so we need the right infrastructure in place. Of course, we must have the personnel at the confederations’ level who go out and run the initial programmes and pass the baton to the teachers and community leaders. Then there’s an ongoing need for equipment – shuttles, rackets, nets and clothing – and we have had significant help through various partnerships and thanks to the Equipment Donation Project during the past year.

“Considering how much it has taken to run Shuttle Time efficiently and effectively up to this point, we are very pleased and are looking to raise the bar in 2015.”

In Togo (below, left), 15 tutors (12 men; three women) and 32 teachers (28 men; four women) were trained in schools-based initiative which centres on assisting teachers in delivering safe and fun badminton lessons to children. The programme was conducted 9-13 February 2015, followed by a two-day coaches’ workshop; a precursor to BWF Coach Education Level 1. Several persons, including the Secretary General of the Olympic Committee, attended the launch ceremony. The Islamic School of Lome II was one of the first schools to adopt Shuttle Time. And the dean of the school promised to use all available expertise and resources to develop badminton in the school. participants in the coaches’ workshop. Both implementations were conducted by Badminton Confederation of Africa (BCA) Development Manager, Annirao Dajee. BWF and BCA provided equipment to support both Ivory Coast and Togo.

“This year will be exciting for Shuttle Time, not only with new member associations implementing it. We are also focusing on supporting and sustaining those projects which are in their second, third or fourth year. That’s an important part of our developmental work for the long-term growth and sustainability of badminton worldwide,” said BWF Secretary General Thomas Lund.

“As Shuttle Time expands more members are utilising our free resources which we now have in 15 languages. Given the number of member associations we have engaged in the programme and our provision of resources in multiple languages, we can truly say Shuttle Time is a global schools programme. The response and eagerness of our members to take on Shuttle Time highlights its importance and their commitment to developing the sport at the grassroots level.

“We are already seeing positive examples of the impact Shuttle Time can have within our member associations. Many of them have seen growth in their school membership as well as an increase in entries for junior competitions. We want to create a pathway for pupils which will allow them to enjoy badminton at school and then progress further in the sport, should they wish to do so. Who knows, we may one day have a continental or World champion who first experienced badminton through Shuttle Time.”

Shuttle Time had more reason to celebrate recently, with Mandarin becoming the 15th language in which the development resources are available. This opens “a whole range of possibilities given the Mandarin-speaking populations in Asia and elsewhere” noted Lund, adding this will be followed by Serbian later this year.

Additionally, a new Shuttle Time University Course, aimed at trainee teaching and physical-education students, will be launched later this year in English, German and Spanish. The course will support the sustainability of Shuttle Time and will offer countries an additional model for implementation.

Shuttle Time’s first pilot was conducted in 2011 and the programme was officially launched in 2012. The BWF’s Strategic Plan original targeted 50 implementations by 2016. Having achieved that goal well before deadline, Shuttle Time has set newer benchmarks. The programme is fundamental to realising BWF’s vision of making badminton “the most played school sport in primary and secondary schools worldwide”.