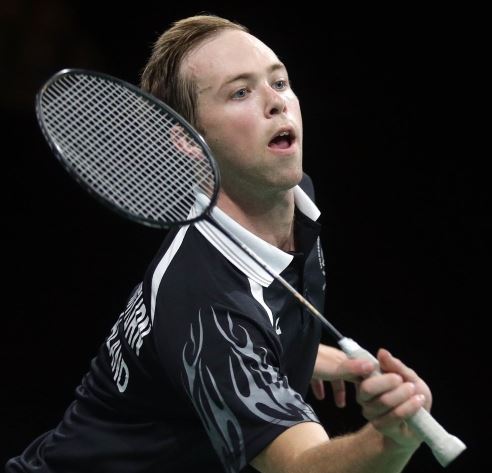 New champions are likely to emerge at the X-TRM Oceania Championships 2015 that begins in Auckland, New Zealand, tomorrow.

With most recent champions not featuring in the draw, all five titles appear to be up for grabs. Men’s Singles defending champion Jeff Tho hasn’t played since the Commonwealth Games 2014. The top seed is Australia’s Pit Seng Low (above), who lost to Tho in the quarter-finals last year. Among those who will fancy their chances are Michael Fariman (Australia, 2), and his compatriots Ashwant Gobinathan (3) and Daniel Guda (4).

Gobinathan was thwarted in the title round last year and will aim to cross that final hurdle. Guda, won the Australian Junior International and a participant at the Youth Olympic Games in Nanjing. Joy Lai (right) and Jennifer Tam have been seeded to meet in the Women’s Singles final.

Matthew Chau/Sawan Serasinghe (Australia), runners-up last year, have been seeded second and, like the top seeds, received a bye into the quarter-finals.

Gronya Somerville, defending champion in Women’s Doubles (with Jacqueline Guan) has paired up with Leanne Choo this year. The top seeds from Australia received a bye into the quarter-finals and take on New Zealand’s Alyse Derby/Rebecca Goddard for a place in the semi-finals. Another New Zealand pair, Emma Chapple/Danielle Tahuri, is seeded second and also received a bye into the quarter-finals.

Somerville is also a contender in Mixed Doubles, with Matthew Chau. Although unseeded, Oliver Leydon-Davis/Danielle Tahuri are expected to do well. New Zealand’s Maika Phillips/Anona Pak and Australia’s Robin Middleton/Leanne Choo (below) head the opposite ends of the draw. This is Pak’s first tournament back after rupturing her Achilles tendon in July last year. Phillips and Pak were runners-up at the 2014 New Zealand Championships. “It is fantastic to have international badminton in New Zealand so early in 2015 and we are looking forward to hosting players, coaches and officials from our Oceania neighbours. This is a great opportunity for both our junior and senior players to compete at the same event and an excellent lead in to the upcoming Mitre 10 Mega Waikato International and our premier international event, the SKYCITY New Zealand Open in late April.”