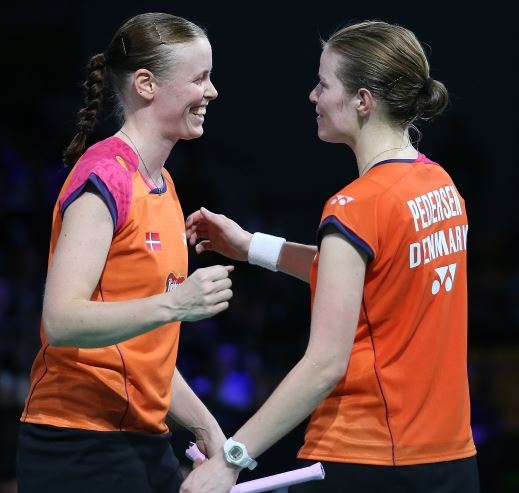 Denmark will be determined to regain the 2015 European Mixed Team Championships title when the event starts in Leuven, Belgium, today.

The Danes have been the dominant force in this event, winning 14 out of 22 editions, including nine titles on the trot from 1996 to 2011. In fact, the only time they failed to reach the final was in 1982, when they had to be content with a bronze medal. The format consists of group stage followed by knockout, with each tie featuring five matches: Men’s Singles, Women’s Singles, Men’s Doubles, Women’s Doubles and Mixed Doubles. There were originally 12 teams in the draw. Spain were grouped with Germany and Scotland, but they withdrew yesterday citing “internal issues around player publicity rights,” according to a statement from Badminton Europe.

The 11 participating teams have been divided into four groups. Favourites Denmark are in Group 1 with Netherlands and Poland; Group 2 has England, Ireland and Belgium; Group 3 consists of defending champions Germany and Scotland, while Group 4 has Russia, Sweden and France. The top two teams from each group will progress to the quarter-finals. The quarter-final draw will pit each group topper against a runner-up from one of the other three groups. While Denmark are expected to top their group, group-mates Netherlands and Poland are likely to face off for the remaining quarter-final spot. Veteran Eric Pang (top left) will lead the challenge for Netherlands and will seek to re-discover the form he showed at last year’s BWF World Championships, when he made the quarter-finals. Others in the team, such as Jacco Arends, Selena Piek and Eefje Muskens lend depth to the squad. Poland, with experienced Mixed Doubles duo Robert Mateusiak/Nadiezda Zieba (above) at the helm, can also count on the services of Irish Open champions Przemyslaw Wacha and Adam Cwalina in Men’s Doubles. Other teams will bank on some big names to carry them far. Five-time winners England (Group 2) have a fairly balanced squad, led by Mixed Doubles star duo Chris Adcock/Gabrielle Adcock. Germany (Group 3) will place their hopes on their strong doubles players like Michael Fuchs, Johannes Schoettler and Birgit Michels; Russia (Group 4) have a balanced squad with players like Vladimir Ivanov, Ivan Sozonov, Nina Vislova, Vitalij Durkin and Vladimir Malkov. France, also in the same group, could go far with the likes of Brice Leverdez, Lucas Corvee and Sashina Vignes Waran (above).

The European Mixed Team Championships started in 1972 and has been conducted every alternate year since then.