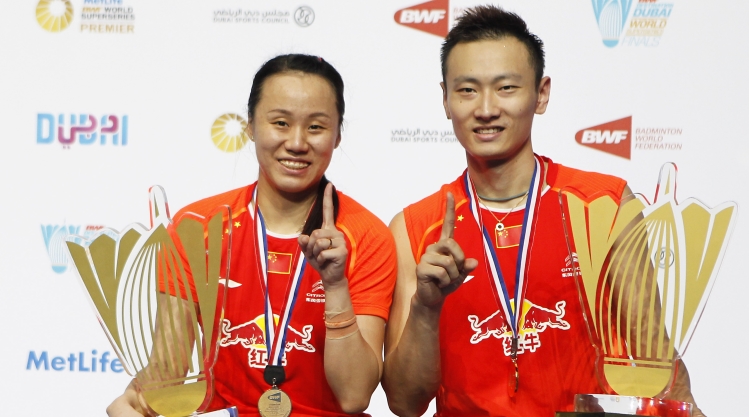 There could not be a better script for Zhang Nan and Zhao Yunlei, who added the BWF Destination Dubai World Superseries title to their impressive collection.

The World and Olympic champions had no trouble in seeing off the challenge of younger compatriots Liu Cheng and Bao Yixin, taking just 41 minutes to complete the formalities in the all-China final, 21-15 21-12.

The World champions established a lead from the beginning and never let go. From time to time they were troubled by Liu Cheng’s big hitting from the back, but for the most part they were in their comfort zone. The challengers stayed level until 10 in the second game after which they withered under the precise attack of Zhang and net control of Zhao.

Bao, for her part, could only shrug at the difference in ability between the two pairs.

“They’re far more experienced of course and simply too good at controlling the pace.”

“This is our first time in Dubai and it was important to us that we win the title,” said Zhang.

“I hope to come back next year and hope it will be as exciting as it was this year. It was quite tough this time, especially for Zhao, who had to play two events. We will take advantage of the two-month break next year and come back fresh. Of course it is awkward to play your teammates and we wish both pairs could win the title, but this is a sport and there can only be one winner. ”