The World champion from China was tested in phases by Hans-Kristian Vittinghus, but the Dane could not quite sustain his challenge through the entirety of the match and he went down 21-16 21-10 in 47 minutes.

Chen blazed off to a good start, with his blistering smashes finding their mark, but Vittinghus fought back gamely in the second. 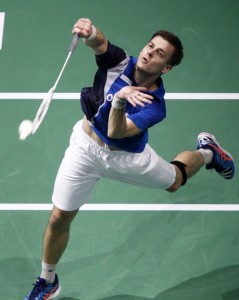 The Dane fought doggedly, throwing himself around and patiently working the openings. On a few occasions he kept the rallies going by retrieving from near-impossible situations; at 10-all it looked like a close contest, but the complexion changed completely after the mid-game interval. Vittinghus was guilty of a few errors and that derailed his chances – Chen didn’t drop a point from then on.

Vittinghus rued the mistakes in the second game that had destroyed his chances.

“I made too many mistakes. There was pressure all the time from him. I should’ve been calmer. Reaching the final is an amazing achievement for me. I’m disappointed for now; it will take a couple of hours to go away.

“I thought I had the right tactics. He didn’t start out as slow as he did in our previous match. He was returning everything.”

The delighted Chen Long was more talkative than usual following his fourth major title of the season.

“Today the China team lost the first two finals and I was unhappy, but as a professional I had to shake it off. I’m happy with my game. This is the first time Dubai is hosting such a big event and I’m very happy with the way it was organised. I believe that with so many Chinese and Indian people living here, badminton has a great future and I’m looking forward to coming back. I would like to promote the sport in places where it is not yet popular, so people will get attracted to badminton. This event was planned very well. I was hosted in Dubai a few months ago and was treated very well.” 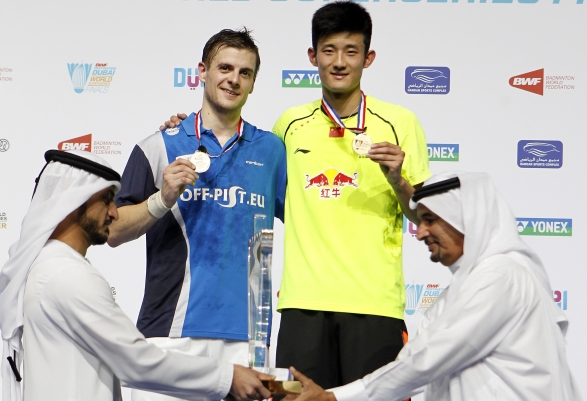