Hans-Kristian Vittinghus achieved his one of his career’s most memorable results by entering the title round of the BWF Destination Dubai World Superseries Finals today.

The Dane had never even beaten Jan O Jorgensen in a senior international match; neither had he entered the final in a tournament of this stature. Today, however, he accomplished what seemed a distant task at the beginning of the tournament, outplaying Jorgensen in the course of a 21-11 21-17 Men’s Singles win.

Vittinghus was pacy and accurate in his choice and execution of shots. Jorgensen appeared uncharacteristically off-colour, and he struggled to build up a sequence of points. Vittinghus shot off to a lead and was never threatened in the first game; in the second Jorgensen was ahead 12-8, but his opponent seized 10 of the next 11 points to effectively kill the contest.

“I was out of breath after the third point,” said Jorgensen. 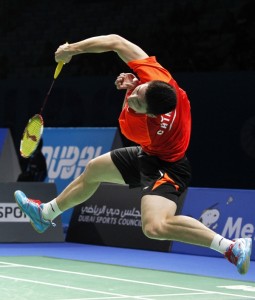 “I didn’t have what it takes. I had difficulty moving around. I knew from the beginning this was going to be tough; I also knew Hans would be feeling that. I was disappointed I couldn’t build on the lead in the second.”

Vittinghus admitted that he sensed his opponent was below his peak level.

“It was clear today that Jan was missing his speed compared to his best. I had a lot of success controlling the game, keeping him at the back and giving him long runs. I felt he was tired. Also, I had some luck today with net cords and mishits going my way. It feels a bit surreal. I’m also a bit emotional as well.”

“Against Chen (Long) in the final I should use same strategy as in the group stage. I should just be more focussed and a try to control the game from the start. I need to go out and play full power from the start.” 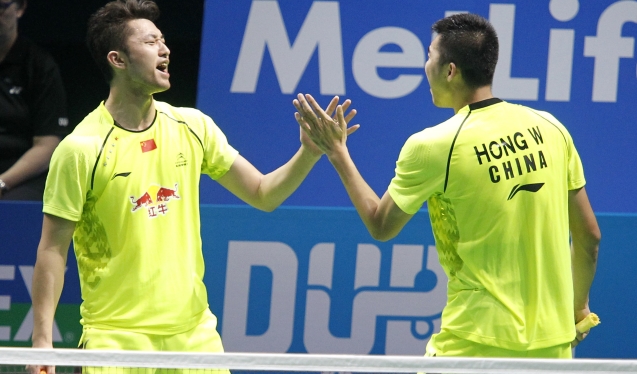 China have a shot at four titles. They have assured themselves of the Mixed Doubles as Zhang Nan/Zhao Yunlei will face Liu Cheng/Bao Yixin.