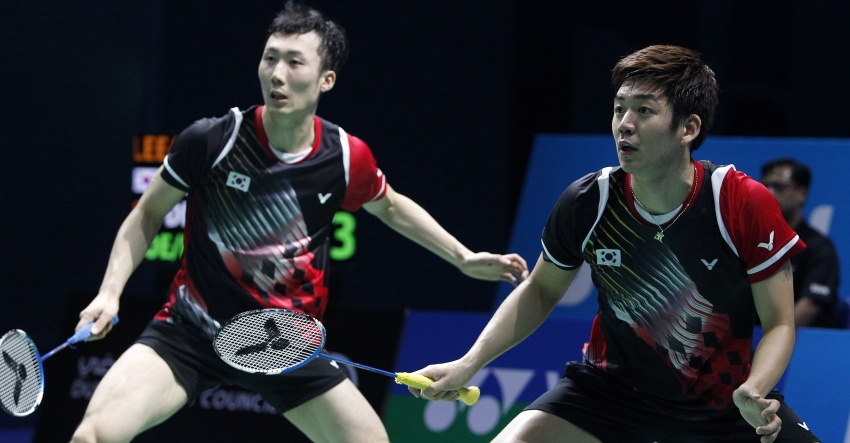 Chen Long overcame a first-game fright versus the ever-improving Kidambi Srikanth this evening to roar into the Men’s Singles showdown of the BWF Destination Dubai World Superseries Finals.

Battling for a shot at the US$80,000 winner’s cheque tomorrow, the Chinese titan was slow to start and found himself perilously positioned at 16-10 down in the opening game against his Indian rival who has impressed over recent days. However, as has so often happened, the gritty and wily champion fought doggedly and found his range just in time to come away victorious: 21-18 21-9.

Claiming 11 of the last 13 points in the first game, Chen punched the air as he switched ends, knowing a few more of the rash errors which plagued him early on could have been costly.

“I was slow to get into the match and Srikanth was showing skills that I’m not familiar with so it took me a while to figure out how to play him,” explained the 25-year-old, aiming to return to the top of the Finals podium which he last graced in 2012.

“I will have to get more fired up from early for the finals. There are a lot of Chinese fans here and I want to do my best for them.”

Competing in front an animated crowd of spectators which seemed to be cheering almost equally for either player, Srikanth began in explosive, take-no-prisoners mode, blasting sizzling smashes past the World champion and looking to capitalise at every opportunity. Diving and stretching every sinew in his lithe frame, Srikanth sped into the ascendancy and will still be wondering how he squandered a prized position; his bewilderment at the time visible for all to see.

“I should have won the first game; the belief was there and there were more things I could have done better with my skills. Also, my mindset could have been better,” said Srikanth whose performance fell markedly in the second game.

As the behemoth across the net unleashed his expansive repertoire of skills, the Indian wilted badly, perhaps as much due to the weight and precision of Chen Long’s shots as to the heavy disappointment in his heart. His misery – ended by a weak effort into the net – was soon over.

Earlier, the unflappable Sung Ji Hyun of Korea snuffed out the challenge of young Akane Yamaguchi, taking their Women’s Singles encounter 21-13 21-13; concluding one of the tournament’s most gripping storylines. The 23-year-old’s quickness, aggression and height worked to her advantage as she booked an appointment with Tai Tzu Ying for the year-end championship.

“I’ve never been to the semi-final or final in this event so my goal was to reach the semi-finals and now I’m really happy to be in the final,” said Sung, adding that the stadium is an amazing venue in which to play.

At just age 17, Yamaguchi is one of badminton’s brightest prospects and the “pocket rocket” Japanese was pleased with her first outing at the World Superseries Finals, despite losing.

“I didn’t have enough power today. Competing in Group B was very tough but I have improved this year and my result here is better than I expected. I will aim to do even better next year,” said the repeat winner of the BWF Most Promising Player of the Year award.

Sung’s Men’s Doubles team-mates, Lee Yong Dae/Yoo Yeon Seong (featured image), kept their country’s hopes of more success in that category on track with a 21-15 21-16  triumph over Mathias Boe and Carsten Mogensen. The Danes tried to maintain pace with their opponents but were no match for the Koreans who have been almost unstoppable this season.

“We’re very happy to be in the final. We’ve travelled a long way from Korea and it’s our last match of the season so we want to win this title,” said Yoo, complimenting his partner’s ability to set up plays for his giant smashes from back court.