Japan’s Akane Yamaguchi once again showed why she is regarded as the biggest prospect among junior players by beating second seed Wang Yihan.

Yamaguchi, who was named Most Promising Player of the Year for the second year in a row, got the better of Wang 21-16 17-21 21-15 in the Women’s Singles (Group B) match that went over an hour.  Yamaguchi’s typical relentless retrieving ability wore down Wang, who fell behind early in the third game and never recovered, in an eventful final session of the opening day of the BWF Destination Dubai World Superseries Finals today. 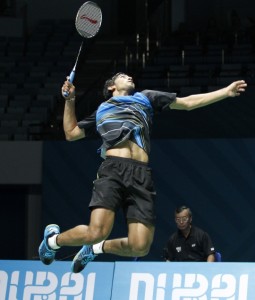 It was a good session for Japan, despite the loss of Kento Momota to India’s Kidambi Srikanth in Men’s Singles.

Momota, who had a 2-0 record against Srikanth before the Indian outplayed him on way to his maiden Superseries title in China, started well in their Group B match. The left-hander took the first game and a 5-0 lead in the second before Srikanth switched tactics and it paid him dividends.

“I played the wrong strategy in the first game,” said Srikanth.

“In the second game I played at a much higher pace and things worked out well. I’m not thinking too much; just trying to deal with one match at a time.”

In Men’s Doubles (Group B), Hiroyuki Endo/Kenichi Hayakawa were near-perfect as they blazed past China’s Liu Xiaolong/Qiu Zihan. The recent Hong Kong Open runners-up found themselves under fire from the beginning and could never get any counterattacking rhythm in a 21-7 21-12 loss. The match took just 34 minutes.

In Women’s Doubles, top seeds Misaki Matsutomo/Ayaka Takahashi chalked up their third win in a row over Denmark’s Christinna Pedersen/Kamilla Rytter Juhl. The Danes took the lead but the Japanese once again showed the solidity of their defence and countered all that Pedersen and Juhl threw at them. The match turned midway in the third; once Matsutomo/Takahashi had levelled at a game apiece, the Danish challenge withered: 14-21 21-16 21-9. 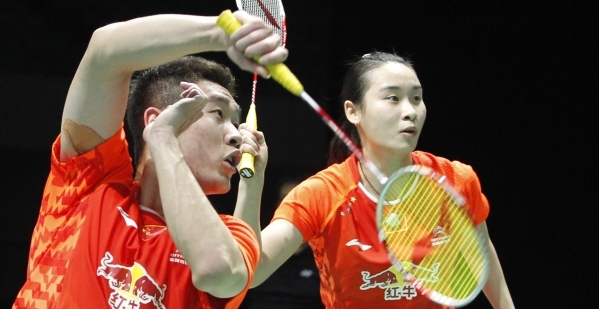 Luck continued to desert Indonesia. After the exit of two pairs due to injury in the second session, Mixed Doubles favourites Tontowi Ahmad/Liliyana Natsir were surprised by China’s Liu Cheng/Bao Yixin 21-10 12-21 21-15 in their Group B encounter.