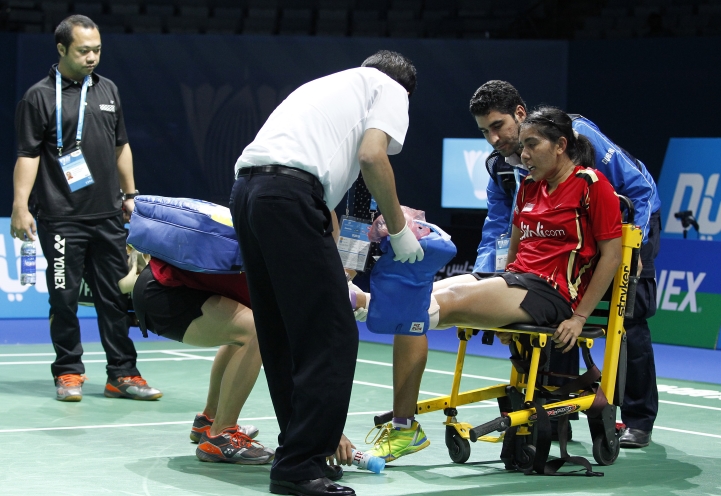 oup B match, Ahsan had a recurrence of a back injury which forced the defending Men’s Doubles champions to retire against China’s Chai Biao/Hong Wei.

Under BWFs’ General Competition Regulations (16.2.5), both teams will be unable to take further part in the tournament. The Regulation states: “If injury, illness, disqualification or other unavoidable hindrance prevents a player/pair completing all the pool matches, all the results of that player/pair shall be deleted. Retiring during a match shall be considered to be not completing all pool matches.” 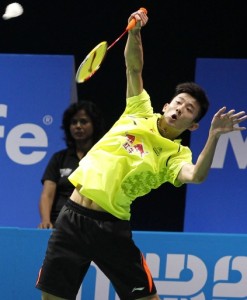 Of the two pairs, Polii and Maheswari would rue their missed opportunity. Their match against Japan’s Miyuki Maeda/Reika Kakiiwa was fiercely contested, with both teams able to win points only after long rallies. The strong defence of the Japanese helped them keep the shuttle in play for extended periods – one rally lasted 89 strokes — but Indonesia won a close first game and had two match points.

However, Maeda and Kakiiwa hung in to take the second game, before Maheswari pulled up with a cramp in her left calf muscle. Despite being stopped early in the third, the match had gone for 93 minutes: 18-21 22-20 6-8 retired.

“We had our chances,” sighed Polii.

“Nitya had some trouble late in the second game and I asked her if she wanted to continue. She didn’t want to give up. By the third game it was hurting her and we had no choice but to concede the match.”

Indonesia had more bad news in store when Ahsan pulled up at 11-7 down against Chai/Hong.

“I felt some pain in the back,” Ahsan said.

“I first felt it during practice yesterday. The back was hurting and I couldn’t breathe. I felt the same today as well.” Men’s Singles top seed Chen Long eased past Japan’s Kenichi Tago 21-11 21-14, but his compatriot Wang Shixian was overpowered by Saina Nehwal in Women’s Singles. The Indian, receiving vociferous support from the crowd, was in control for most of the 58-minute match: 21-17 21-18.