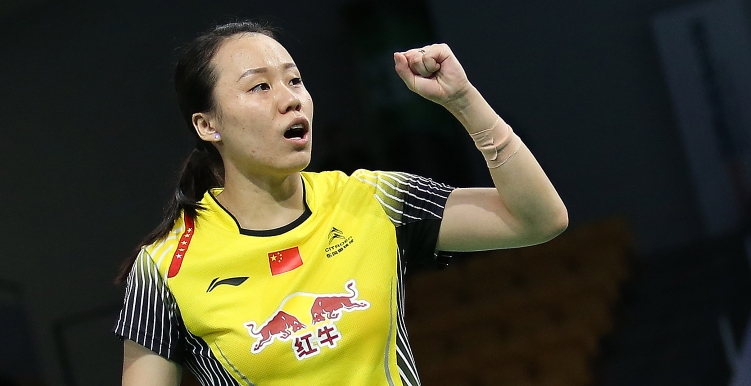 The Badminton World Federation will honour its top players for 2014 when festivities for the BWF Destination Dubai World Superseries Finals hit high gear on Monday evening.

The world-governing body will reveal its three big awardees – Male Player of the Year; Female Player of the Year; and the Most Promising Player of the Year – at the Players’ Reception and Gala Dinner at Four Seasons Resort in Dubai on 15 December. This ceremony kicks off the season finale of the MetLife BWF World Superseries, showcasing the top-eight qualifiers in each of the five traditional categories on this year’s tournament circuit. 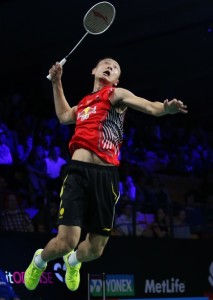 World champion Chen Long, Asian Games winner Lin Dan and doubles specialist Zhang Nan are in a battle with Korea’s Lee Yong Dae and Yoo Yeon Seong for the Male Player of the Year. Chen won two World Superseries and clinched his first World title, while senior compatriot Lin Dan, despite missing seven months of international badminton, made a strong comeback with five titles, including one Superseries, and gold medals at the Asian Championships and Asian Games. Zhang Nan was exceptional in Mixed Doubles – he won four World Superseries, the World title and Asian Games gold with Zhao Yunlei – besides winning the Denmark Open in Men’s Doubles with Fu Haifeng.

Korea’s Lee Yong Dae and Yoo Yeon Seong are the other two nominees in the men’s category. 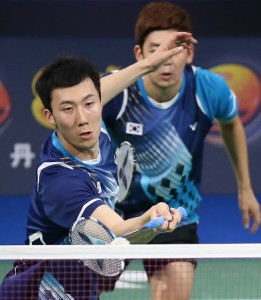 Lee and Yoo had a brilliant season with four World Superseries titles and runner-up spots at the BWF World Championships and the Asian Games. Yoo also won the Asian Championships gold medal (with Shin Baek Choel).

The women’s category has the top three singles players of the world: Li Xuerui, Wang Shixian and Wang Yihan. Li, winner of the Player of the Year last year, reached the final of every tournament in which she competed, winning five. Wang Shixian followed behind with three Superseries titles, while Wang Yihan, despite a comparatively lean season, still finished with the Asian Games gold medal and two Superseries titles.

Another strong contender is doubles specialist Zhao Yunlei, who enjoyed a fruitful year in Mixed Doubles (with Zhang Nan) and Women’s Doubles (with Tian Qing). Zhao picked up a clutch of titles, including four Superseries titles with Zhang Nan and three with Tian Qing, besides winning the World Championships in both categories. 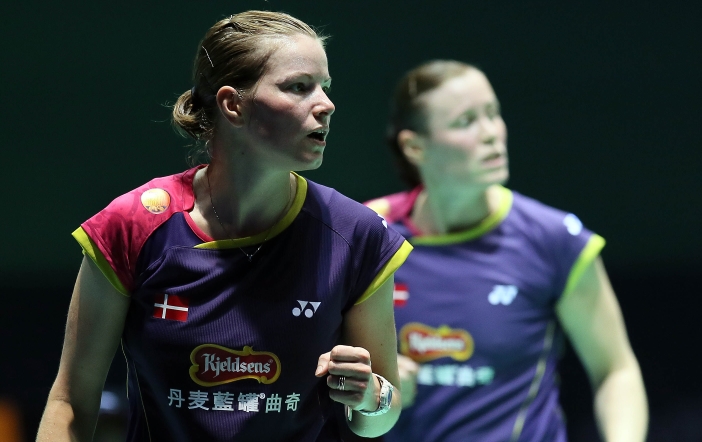 The only non-Chinese contender in this category is Denmark’s Christinna Pedersen, double titlist at the European Championships and winner at the India Open and Indonesian Open (with Joachim Fischer Nielsen).

The criteria for Player of the Year are:

·         Exceptional and consistent performance across a calendar year 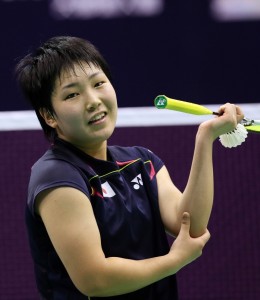 The Most Promising Player of the Year, awarded in honour of Malaysian legend Eddy Choong, recognises a player who is an emerging world talent and also a good role model and a popular figure among his/her peers.

Two-time World Junior champion Akane Yamaguchi (Japan) is making a strong case to retain the Most Promising Player of the Year honour she claimed in 2013. Apart from winning the Asian Under-19 and World Junior titles, Yamaguchi helped her country to the runners-up position in the Uber Cup – the Women’s Team Championship – last May and emerged as a contender at the Superseries level. Fittingly, she has qualified for the prestigious season-ender in Dubai, starting next Wednesday.

However, Yamaguchi did not have it all her way in the junior circuit. China’s He Bing Jiao, runner-up in the World Junior Championships, shocked Yamaguchi in the final of the Youth Olympic Games. The left-hander also won a YOG bronze in Mixed Doubles and led her team to the World Junior team crown. 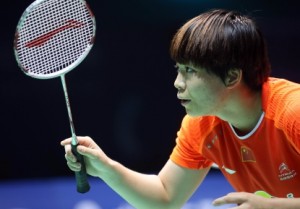 Two other Chinese are also among the nominees. Lin Gui Pu emerged World Junior champion (Men’s Singles), apart from notching title victories at the Dutch and German Junior championships, while his compatriot Chen Qingchen excelled at both junior and senior levels. Chen won a double at the World Junior Championships, triumphed at two Grand Prix Gold events, and even reached the semi-finals (with Zheng Si Wei) of the China Open Superseries Premier.

The lone Indonesian on the nominees’ list is Rosyita Eka Putri Sari. The Vietnam Open winner led her team to the final of the World Junior team event and finished runner-up in both doubles categories in the individual championships.

Male Player of the Year

Female Player of the Year

Most Promising Player of the Year