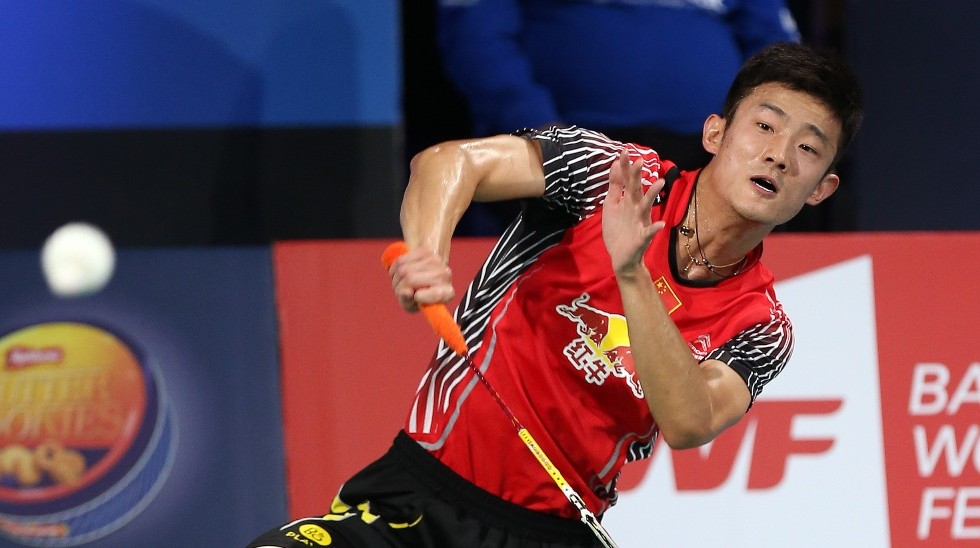 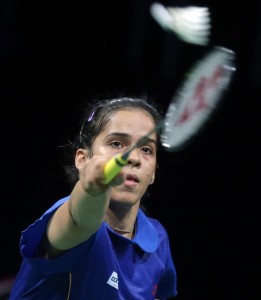 Following the last of the 12 MetLife BWF World Superseries tournaments – the Yonex-Sunrise Hong Kong Open – the season-ender has begun to take shape with the likes of Men’s Singles titans Chen Long of China and Denmark’s Jan Jorgensen as well as Women’s Singles world No.1 and Olympic champion, Li Xuerui; talented Thai, Ratchanok Intanon, and India’s Saina Nehwal all securing their flights to the showdown.

The 17-21 December blockbusters at Hamdan Sports Complex will showcase the top-eight finishers on the BWF Destination Dubai Rankings in all five traditional categories. Apart from the Singles competitions, it is also set to feature a stellar line-up of top pairs across all three doubles disciplines, with Danish star Christinna Pedersen aiming to replicate her incredible feat of 2013; winning both the Women’s Doubles and Mixed Doubles crowns at the World Superseries Finals.

“I’m really looking forward to playing in Dubai and, of course, the Finals are something special. It went really well last year and I would like repeat that, but the competition is really hard in both categories as only the best pairs are coming to Dubai,” noted Pedersen.

On the Men’s Singles landscape, China’s Chen Long looms large as the one to beat and he is keen to keep his Dubai fans happy after a one-day promotional tour recently.

“I’m looking forward to playing in the BWF Destination Dubai World Superseries Finals, especially after an enjoyable visit to the city last month. Hamdan Sports Complex is an amazing venue and I think all the players will love it. 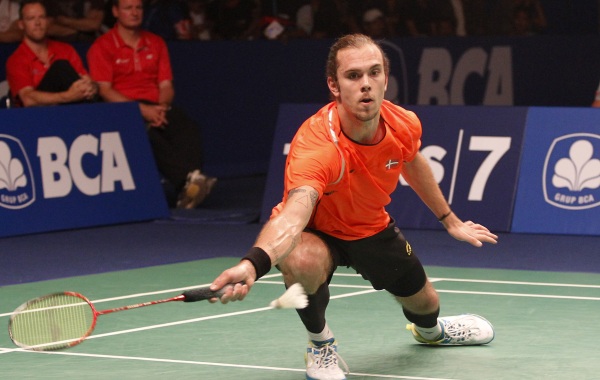 “I know many of them are also looking forward to sight-seeing and visiting some of the world-famous locations like Burj Khalifa. This is a great reward for the top players at the end of the season and I personally want to perform well and finish 2014 on a high note,” said the top Men’s Singles qualifier.

He will have his hands full with Jorgensen and the wily Son Wan Ho of Korea who has beaten Chen as recently as Hong Kong. In the absence of Lee Chong Wei – provisionally suspended for an apparent anti-doping regulation violation – others vying for the title which the Malaysian won last season are Japan’s Thomas Cup heroes, Kento Momota and Kenichi Tago; India’s Kidambi Srikanth (a newcomer to the top-eight list); Denmark’s Hans-Kristian Vittinghus and Indonesia’s Tommy Sugiarto.

China also has top billing in Women’s Singles with its familiar trio claiming the three top spots in the rankings, having dominated the 2014 tournament circuit. The steely Li Xuerui is hunting a hat-trick of World Superseries Finals titles, having prevailed on home turf in Shenzhen in 2012 and in Kuala Lumpur a year ago. She will likely have team-mate and arch-rival, Wang Shixian, for company while yet again Wang Yihan looks set to miss out on the showpiece finale as no country can field more than two singles players or pairs per category.

India’s Saina Nehwal, who broke local hearts by snatching the Thaihot China Open championship earlier this month in Fuzhou, leads the challenge versus China and is thrilled to be packing her bags for Dubai.

“I’m very excited to play in Dubai which is such a beautiful city. For the first time we will be playing such a big tournament there with the top-eight players for the year. I’m looking forward to seeing a lot of Indian fans. It will be great fun,” said Nehwal, who was fourth in the rankings. 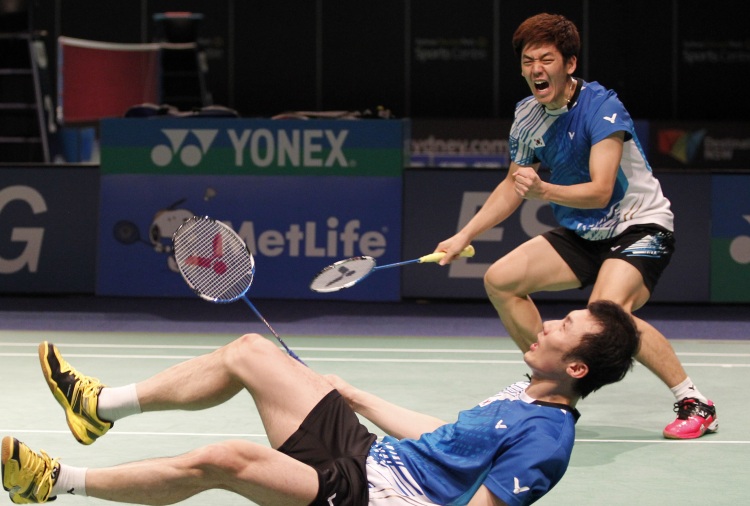 Last year’s beaten finalist, Chinese Taipei’s Tai Tzu Ying, was back to her best in Hong Kong last week, and is the only other Women’s Singles qualifier with a World Superseries title this season. Thailand’s Ratchanok Intanon; the Korean duo of Sung Ji Hyun and Bae Yeon Ju; and Japan’s rising sensation and reigning World Junior champion, Akane Yamaguchi, round out the impressive list.

Chinese Taipei’s Lee Sheng Mu/Tsai Chia Hsin; Japan’s Hiroyuki Endo/Kenichi Hayakawa and the Chinese partnerships of Liu Xiaolong/Qiu Zihan and Chai Biao/Hong Wei will also be aiming to have a say in the proceedings. 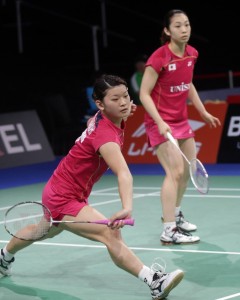 “We are very happy that we could top the Women’s Doubles rankings,” said Matsutomo and Takahashi.

“It was fairly competitive and we played against several strong players. We are now entitled to participate in the BWF Destination Dubai World Superseries Finals. We are excited about playing in Dubai all the more because we’ve had so much training this year. We would like to please our fans through our fascinating play. We have heard many things about the venue and we look forward to visiting Dubai.”

China has three other pairs ranked in the top eight (Bao Yixin/Tang Jinhua; Ma Jin/Tang Yuanting and Yu Yang/Wang Xiaoli), but the cap of two players/pairs per country means they will miss out unless any of their higher-ranked compatriots withdraw. 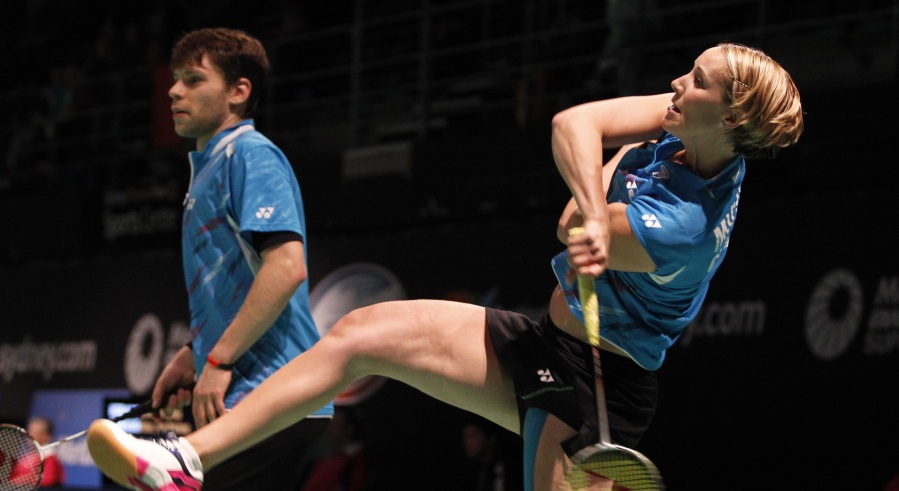 All qualifications are subject to confirmation from teams/players. The deadline for confirmation is Friday 5 December, 2014.