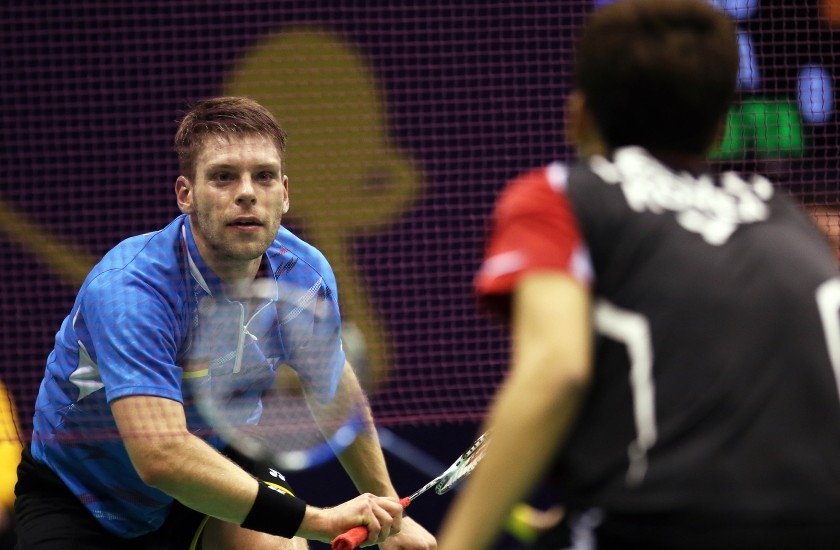 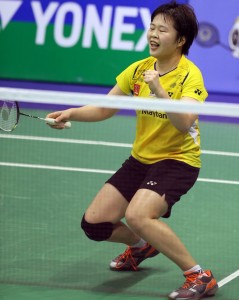 more impressively, young Women’s Singles prospect Nozomi Okuhara showed plenty of pluck to knock out PV Sindhu of India. The icing on the cake for Japan was Akane Yamaguchi’s stirring win over Ratchanok Intanon (Thailand) in a sensational duel.

Sindhu was done in by the sheer tenacity of Okuhara, who ran down every shot and forced the Indian to err on her winners. A couple of line calls that Sindhu disagreed with appeared to upset her concentration, and she uncharacteristically collapsed from 11-10 up, failing to make a single point from there, with the match going Okuhara’s way: 21-17 13-21 21-11.

Wang Yihan looked a shadow of herself in her loss to Tee Jing Yi. Leaden-footed and weary, the No.2 seed frequently ended on all fours as she was unable to reach Tee’s winners. The Malaysian, to her credit, kept up the pressure with impressive jump smashes, and had a wide grin as she came off court 21-19 14-21 21-15.

“There was no pressure on me,” said Tee, who is playing in Hong Kong for the first time.

“She is the second seed and was favourite, so I played my aggressive game. I was able to maintain the pressure very well. This win will definitely improve my confidence in my abilities and will help for the future.” 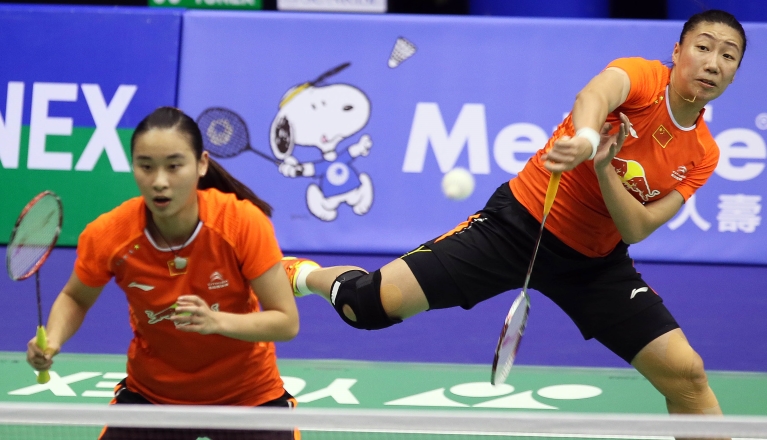 Perhaps the match of the day was Yamaguchi’s tireless running down of Intanon. At 18-13 in the third, it looked game over for Yamaguchi, but the World Junior champion never let go. Not even Intanon’s sharpest strokes were allowed to land as the Japanese threw herself all over the court and picked seven of the last eight points: 19-21 21-19 21-19.

Kazuno and Yamada brimmed with fire and purpose from the beginning and had Chai/Hong on the defensive for most of the 37-minute encounter. With intelligent and sustained attack, the Japanese appeared in control even though they had to save a game point in the second; winning the contest 21-18 23-21. 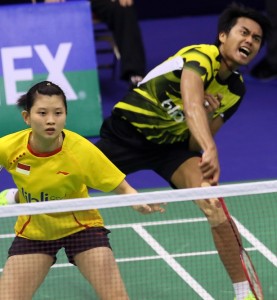 Kamura and Sonoda needed three games to get past a below-par Ko Sung Hyun and Shin Baek Choel, who was evidently still bothered by the right shoulder injury that had occurred during the China Open semi-finals. With Shin unable to smash, most of the attacking duties fell upon Ko; the Japanese emerged winners 21-19 13-21 21-15.

Lee Yong Dae and Yoo Yeon Seong suffered their earliest World Superseries loss this season since the Malaysian Open when they crashed to Michael Fuchs (featured image)/Johannes Schoettler of Germany. Rather uncharacteristically, the Koreans went down without a fight in the final game, 21-18 12-21 21-14.

There were no surprises in Women’s Doubles with all the seeds making the quarter-finals. No.5 seeds Bao Yixin/Wang Xiaoli (China) were pushed to three games by young Malaysian duo Lee Meng Yean/Lim Yin Loo, 19-21 21-16 21-9.

Bao Yixin also made the quarter-finals in Mixed Doubles, with Liu Cheng. Bao/Liu were taken the distance by Hong Kong’s Lee Chun Hei/Chau Hoi Wah 21-15 16-21 21-14, and will face compatriots Zhang Nan/Zhao Yunlei next. 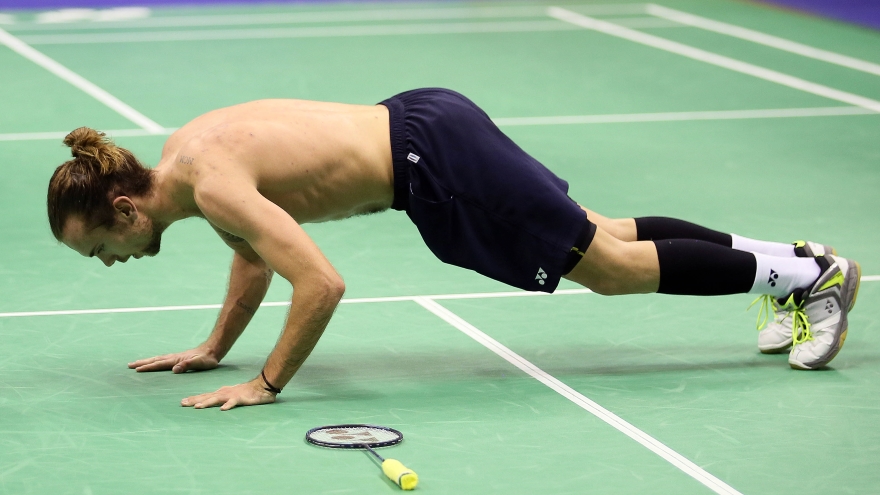 “Defending the title sounds nice, but there are some good players in the draw. We want to enjoy the hall, enjoy the crowd. We’ve had ups and downs this season. Obviously getting to the final of the French Open was a high; winning the Commonwealth Games was a big thing for us. We won the Swiss Open title as well. We definitely wouldn’t mind a title here as well! We’re building and improving every day, so hopefully we can keep doing well.”

Asked if they were concerned that their last World Superseries title was a year ago, Gabrielle replied: “We’re not worried that we couldn’t win another Superseries title. We’re always improving; obviously there are a lot of good pairs out there. We learn every time from the top four pairs. And we weren’t far from winning in France.”