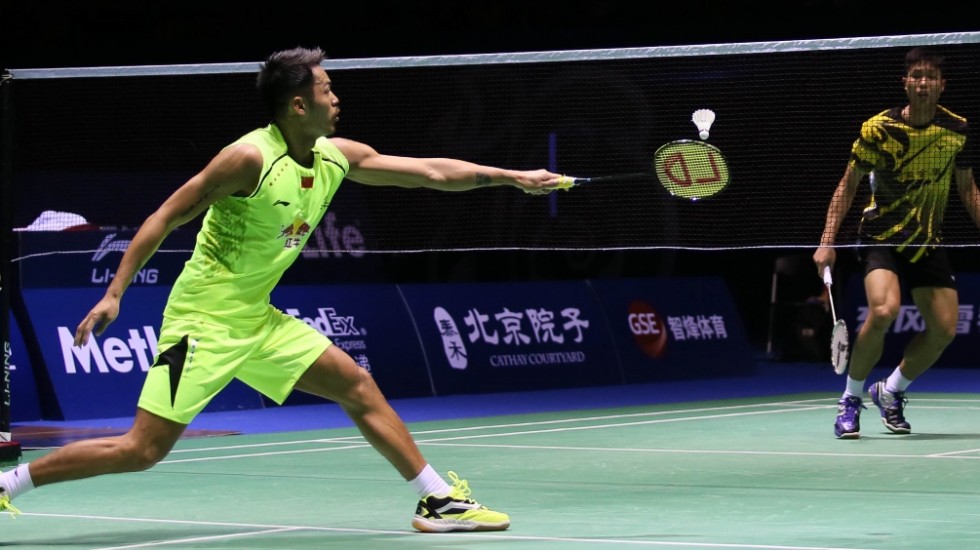 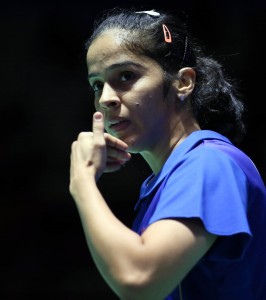 A fantasy came true for Srikanth Kidambi as he made the Men’s Singles final against Lin Dan at the Thaihot China Open today.

The Indian couldn’t suppress his excitement as he talked of Chinese superstar Lin Dan being one of his heroes, and that it was a “dream” for him to be facing the legend on his home turf.

Kidambi made his first World Superseries final after Germany’s Marc Zwiebler retired midway through the second game of their semi-final (21-11 13-7) with a right ankle injury.

“It was a sad way to reach the final,” Kidambi said.

“It would’ve been nice if I would’ve beaten him in a full match. I’m feeling good. It’s my first visit to China and I’m happy to reach the final. I’ve played Lin Dan twice. It’s always special to play him; he’s a very tricky player. I just want to give my 100 percent.” 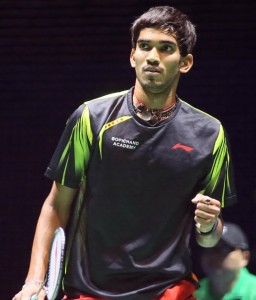 A protégé of national coach Pullela Gopichand, Kidambi said Lin Dan was the player he started admiring once he started playing internationally.

“It’s always been a dream for me to play him in the final,” said Kidambi.

Lin Dan (featured image) was authoritative against Chinese Taipei’s Chou Tien Chen. Unlike his earlier matches when he preferred to play at a reduced pace, Lin put in explosive bursts from time to time to keep Chou under pressure. Although Chou stayed in the hunt in both games, Lin never looked in danger of relinquishing his grip on the match.

“I didn’t even notice I had won in straight games. I’m surprised by my quick recovery from the knee injury at the Denmark Open.”

China have the opportunity of annexing four of the five titles. The exception is Women’s Singles, in which Kidambi’s compatriot Saina Nehwal powered past home hope Liu Xin 21-17 21-17 to reach her second World Superseries final this year; she will face Japanese teen Akane Yamaguchi.

Nehwal relished the fact that she had beaten three Chinese on successive days to reach the title round.

“I made some corrections since the Chinese players were catching me on some aspects of my game. I’ve been working on some drills with my coach. The approach has changed; beating three Chinese players in a row is not easy. I have also learnt a few new strokes; I never thought I’d learn them.” 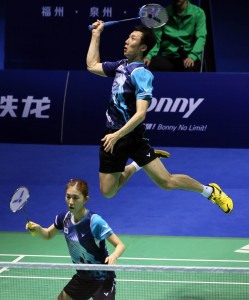 She mixed her shots well, fired smashes at the first opportunity, and scurried around the court to retrieve winning shots from her opponent. Like Sun Yu in the quarter-final, Bae was done in by the sheer tenacity and power of Yamaguchi. After a whipping in the first game, the Korean made a match of it in the second but Yamaguchi’s constant aggression eventually tore her defences apart.

Two other teenagers were just as impressive. Zheng Si Wei and Chen Qingchen, having blown past opponents of the calibre of Mads Pieler Kolding/Kamilla Rytter Juhl (Denmark), Sudket Prapakamol/Saralee Thoungthongkam (Thailand, 7) and Tontowi Ahmad/Liliyana Natsir (Indonesia, 4), had reigning Olympic and World champions Zhang Nan/Zhao Yunlei under fire all through the first and halfway into the second. Powered by monstrous smashes from Zheng and nippy interceptions by Chen, the young pair grabbed the first game and a 13-10 lead in the second. The experience of Zhang/Zhao however helped them contain the damage and slowly reel the youngsters in. Eventually, the older pair won with plenty to spare: 20-22 21-15 21-13. Korea’s Yoo Yeon Seong/Eom Hye Won stand between them and the title. 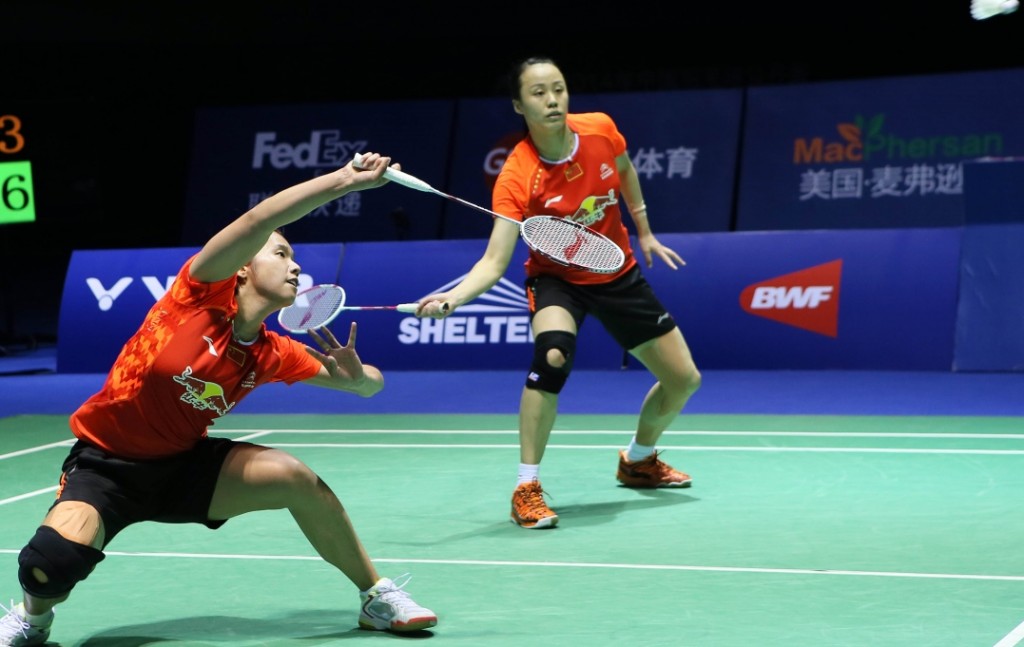