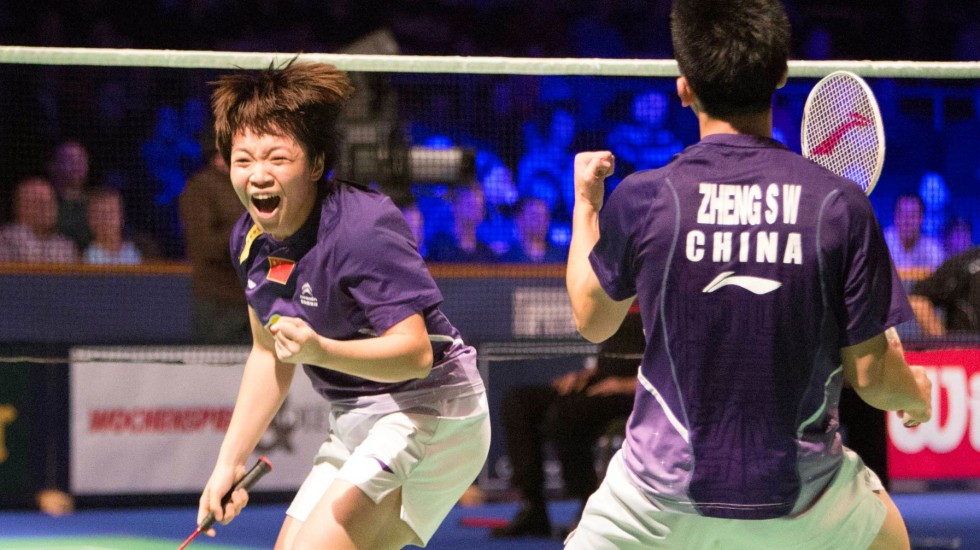 A futuristic stadium awaits participants of the Thaihot China Open that starts tomorrow in Fuzhou. 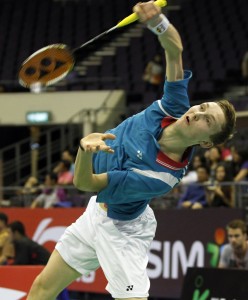 The newly-built badminton stadium, bearing some resemblance to a space ship, is located in Haixia Olympic Sport Center. This is particularly significant event for Fuzhou, as it returns to the city that first hosted it after 28 years.

One of those who participated in the inaugural China Open was Li Zhifeng, currently one of China’s national coaches.

“A lot has changed,” said Li. “When we played the lighting wasn’t so good and the floor was of wood. The style of badminton has changed a great deal since then. It has become much faster and I think it’s more exciting now.”

Traditionally, the China Open has always been one of the strongest-represented events in the circuit. This year too the field bears a near-complete look.

World champion Chen Long heads the seedings in Men’s Singles. The focus of fans will be on a possible title clash between him and Olympic champion Lin Dan.

Lin, who skipped the French Open due to an injury he sustained in Denmark, will start against Chinese Taipei’s Hsu Jen Hao. Rather interestingly, he might once again run into Denmark’s Jan O Jorgensen in the second round. Jan has emerged victorious during their last three meetings and might sniff an opportunity to defeat the home favourite. 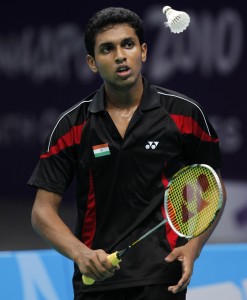 Apart from the regular faces expected to do well – Japan’s Kenichi Tago (3), Indonesia’s Tommy Sugiarto (4), Korea’s Son Wan Ho (5) – recent high-achievers might shake up the draw. Chinese Taipei’s Chou Tien Chen has shot up the rankings thanks to big wins lately, including a World Superseries title in France followed by a Grand Prix Gold win at the Bitburger Open. Chou starts his campaign against Korea’s Lee Dong Keun.

India’s HS Prannoy too has been in form this season. Prannoy was runner-up at the Vietnam Open in early September, won the Indonesian Masters the next week, and then made the semi-finals of the Bitburger Open. The Indian however faces a difficult test in his opener, against Viktor Axelsen.

The Dane has already become a topic of interest in the local press, thanks to his Mandarin language skills. Axelsen has been learning Mandarin and can speak the language, although he admitted he has some way to go.

“But if they speak too fast I find it hard to understand. I try to practice every day. It’s interesting to talk with my opponents and to get some new friends. We’re all chasing this goal to become the best players in the world and I have huge respect for the Chinese players as well. It’s interesting to be able to speak with them a bit.”

Axelsen acknowledged that he was in good form and looking forward to making an impact.
“I haven’t played well at the China Open in past years, so this year I hope I can play better. I’m in good form at the moment, so I hope I can show my good game on court. I always like to come to China, I think it’s an interesting country.” 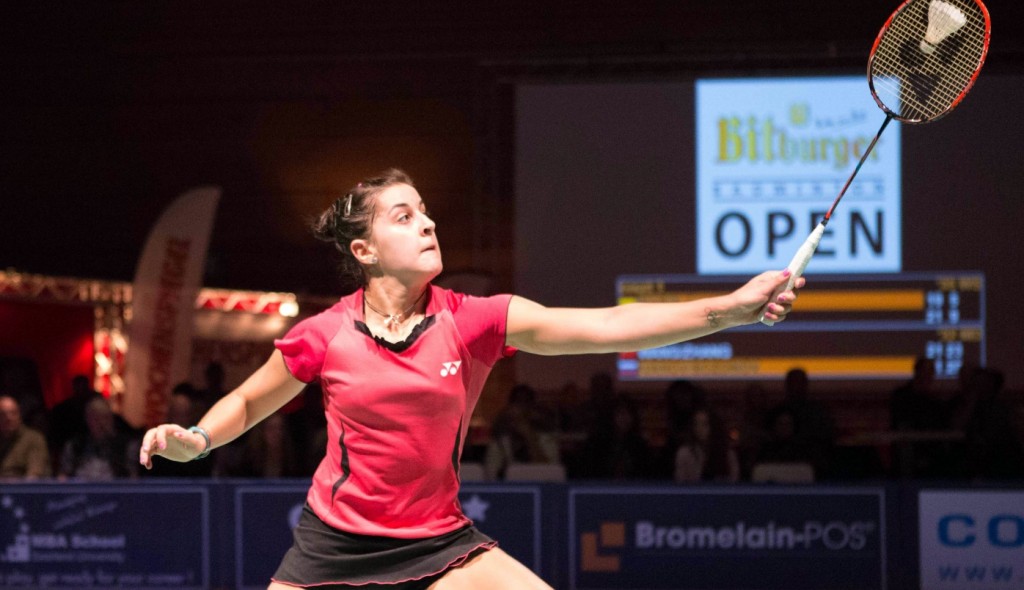 China hold the aces in the women’s categories. Li Xuerui, Wang Shixian and Wang Yihan are the obvious favourites; but a number of their lesser-celebrated compatriots too could go far in the draw. Among these are Liu Xin, Han Li, Bitburger Open champion Sun Yu and Yao Xue.

World champion Carolina Marin (Spain) returns to Superseries action after June; Marin had a lay-off after winning the World title and returned to the circuit only in late October, at the Bitburger Open, where she reached the semi-finals. Marin faces Chinese Taipei’s Tai Tzu Ying in what might turn out to be a long match. 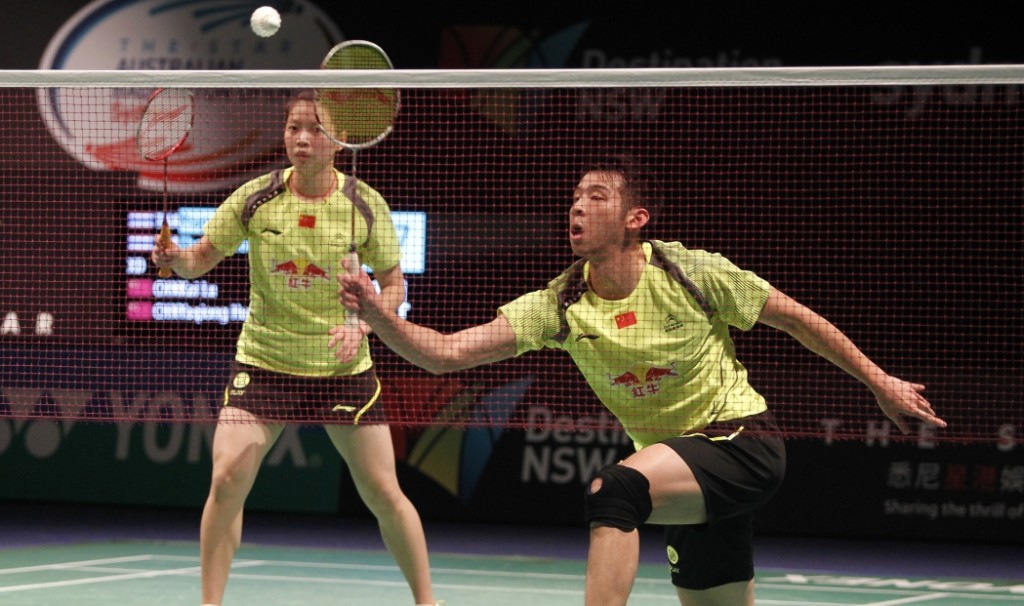 The home team have been nearly indomitable in Women’s Doubles at the China Open. With pairs like Bao Yixin/Tang Jinhua (1), Tian Qing/Zhao Yunlei (2), Yu Yang/Wang Xiaoli (5) and Luo Ying/Luo Yu, the title is likely to remain theirs this year too.

They also have a clutch of youngsters waiting to leap into the big league. World Junior champions Chen Qingchen (featured image)/Jia Yi Fan is one such pair in the main draw; the youngsters face Selena Piek/Eefje Muskens (Netherlands) in their opener.

The remaining two categories are more evenly balanced; Korea’s Lee Yong Dae/Yoo Yeon Seong and Indonesia’s Mohammad Ahsan/Hendra Setiawan are favourites in Men’s Doubles, while in Mixed Doubles it could be any of the top four: Zhang Nan/Zhao Yunlei; Xu Chen/Ma Jin (China); Tontowi Ahmad/Liliyana Natsir (Indonesia) or Joachim Fischer Nielsen/Christinna Pedersen (Denmark). England’s Chris/Gabrielle Adcock will be wary of young Chinese pair Lu Kai/Huang Yaqiong, winners of the China Masters GPG earlier this year, whom they face in the opening round.