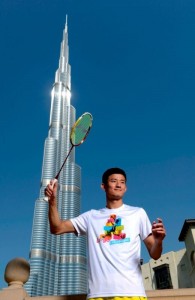 Fresh from defending his Yonex Denmark Open title on the weekend, the Chinese star was in Dubai to promote the BWF Destination Dubai Superseries Finals and to engage with schoolchildren and players involved in the Shuttle Time Dubai grassroots initiative linked to the event.

Chen, who won the Men’s Singles title at the Li-Ning BWF World Championships in Copenhagen in August, took the opportunity to visit the Hamdan Sports Complex, the venue for the BWF Destination Dubai Superseries Finals being held 17-21 December. Only the top-eight singles players and doubles pairs in the five traditional categories will qualify for the BWF Destination Dubai World Superseries Finals – and a share of the US$1million prize jackpot.

The 25-year-old, who won the Superseries Finals in 2012 but missed out on qualifying last season, is in second position on the BWF Destination Dubai Rankings behind Lee Chong Wei, and on current form should be a certainty to qualify for the event, with less than two months to go. 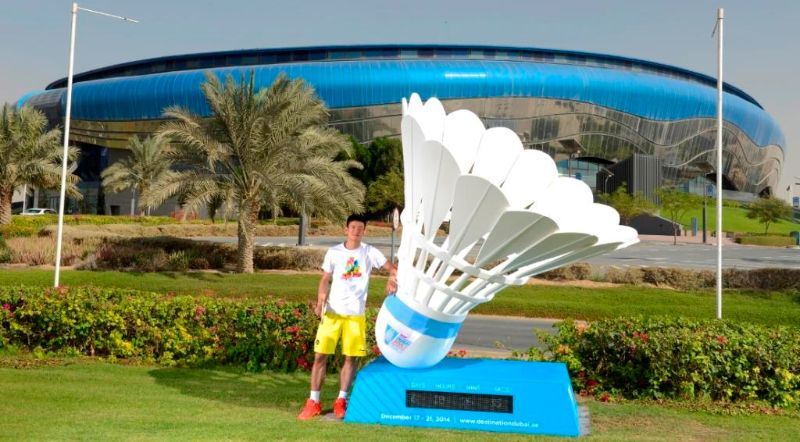 “It’s a magnificent venue, I am really looking forward to competing here in December,” said Chen. 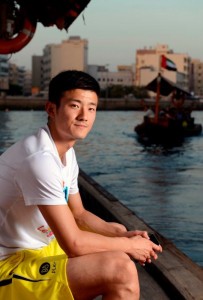 “I’m excited at the prospect of playing at such a state-of-the-art facility. It’s great to bring this event to an area that hasn’t had world-class badminton before, and I am sure that sports fans will have a wonderful time watching the best in the world play for the title.”

Chen also met and engaged with local schoolchildren who are being introduced to badminton through the Shuttle Time schools programme. The children, from Sultan Al Owais Boys School, Al Ahmadiya School and Ahmed Sulayem School, were delighted to have the World champion visit to give them a demonstration and some tips.

“I think introducing badminton in schools is brilliant. This is the best way to create a legacy from hosting the Superseries Finals and developing a generation of future stars. I look forward to seeing players from the UAE on the world circuit in years to come.”

Chen’s last stop of the day was at the second Shuttle Time Dubai Open at Mirdif City Centre. The Shuttle Time Dubai Opens are a series of tournaments aimed at increasing participation in badminton as part of a major grassroots project linked to the Superseries Finals. The tournaments are part of Dubai’s four-year, multi-platform partnership with the Badminton World Federation (BWF), facilitated by Falcon and Associates, the pinnacle of which will be the annual Superseries Finals, to be held in the city each December until 2017. 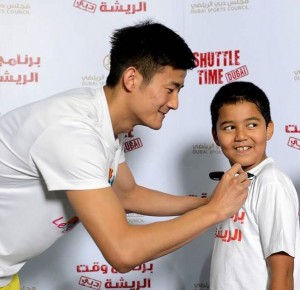 The badminton superstar’s appearance at Mirdif created great excitement among the competitors and spectators, with Shuttle Time Dubai coordinator Jaffer Ebrahim saying: “World champion Chen Long’s visit to the Mirdif City Centre was fantastic and it was a real treat for the players to see him demonstrate a few tricks. The Shuttle Time Opens are a major component of the BWF’s efforts to groom a new generation of players and enthusiasts here in the country, and having Chen Long in our midst was very inspirational for everyone.”

In between his badminton-related activities, Chen enjoyed lunch with some Chinese business leaders and visited famous landmarks including the Burj Khalifa; the world’s tallest building. He was also treated to a short cruise on one of the United Arab Emirates’ traditional boats – an abra – while learning about the history of Dubai.