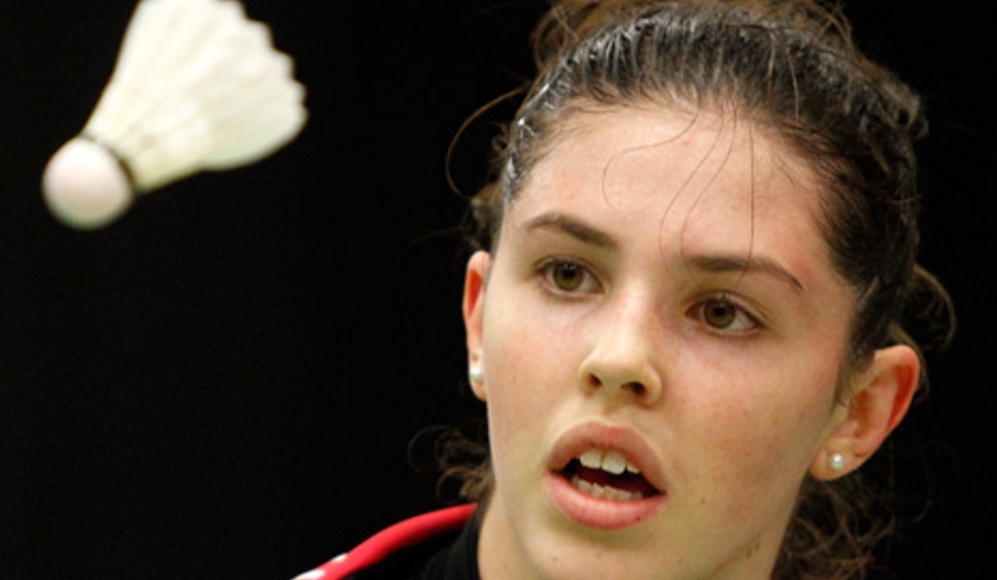 Phillip Chew earned a shot at a double by reaching two finals at the XIX Pan Am Championships 2014 at Toronto yesterday.

USA’s Chew (below) justified his top seeding in Men’s Doubles (with Sattawat Pongnairat) and Mixed Doubles (with Jamie Subandhi) with straight-games win in both semi-finals. Chew and Pongrairat took just 25 minutes to overcome Guatemala’s Kevin Cordon/Anibal Marroquin (21-13 21-7) before Chew teamed up with Subandhi and spent exactly the same amount of time in dismissing Mario Cuba/Katherine Winder (Peru), 21-9 21-14. “I felt uncomfortable during my entire singles match and I couldn’t stop making mistakes,” said Subandhi.

“I practice a lot more in mixed doubles so it’s not surprising that I got a better result in that event tonight. When I play doubles, I really don’t want to let my partner (Philip Chew) down so I really give my best. I hope to win tomorrow because it would be our first gold medal in the Pan Am Games. We’ve come very close in the past but we really wish to get the gold medal this time.” Sisters Lohaynny and Luana Vicente gave Brazil a title shot by winning their Women’s Doubles semi-finals over Canada’s Anne-Julie Beaulieu/Vicky Girard, 21-12 21-18. They however face a formidable challenge in the final, in the form of top seeds Eva Lee/Paula Lynn Obanana (USA), who put out Canada’s Alex Bruce/Phyllis Chan, 21-9 21-11.

Beaulieu and Girard (left) were thrilled to win their quarter-final earlier in the day, since that assured them of a medal.

“We haven’t played in many international tournaments up until now so this event is really big for us,” said Girard.

“That actually helped us since we were not sure about the level of play of our Peruvian opponents and it took some pressure off our shoulders. We were however nervous during the entire quarter-final match so it took us some time to calm down and get into the rhythm of the match. This win comes as a nice surprise for us and it will give us confidence for next year (Pan Am 2015). We now realize that we will get at least a bronze medal – our first in international competition.”