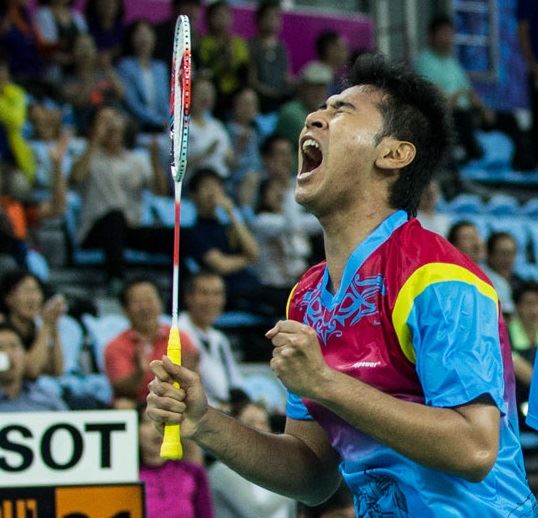 The badminton competition at Asian Games 2014 concluded yesterday after ten days of action. Here are some significant and unusual moments. Mongolia’s Khulangoo Baatar/Dulamsuren Munkhbayar of Mongolia made the second round of Women’s Doubles thanks to a walk-over. World No.1 Lee Chong Wei (Malaysia) bides his time before his opening round Men’s Singles match. India’s Sumeeth Reddy and Manu Attri caused one of the biggest upsets in Men’s Doubles with their straight-games defeat of No.6 seeds Liu Xiaolong/Qiu Zihan of China. Aishath Afnaan Rasheed of Maldives pictured during the Women’s team round of 16 match against Indonesia, which they lost 0-3. Lee Hyun Il is buried under his Korean teammates after he won the final match in the men’s team event over China. World champions Tian Qing/Zhao Yunlei are greeted by head coach Li Yongbo after they put China on the way to the women’s team gold medal over Korea. China’s Lin Dan is over the moon after beating compatriot Chen Long in the Men’s Singles final.