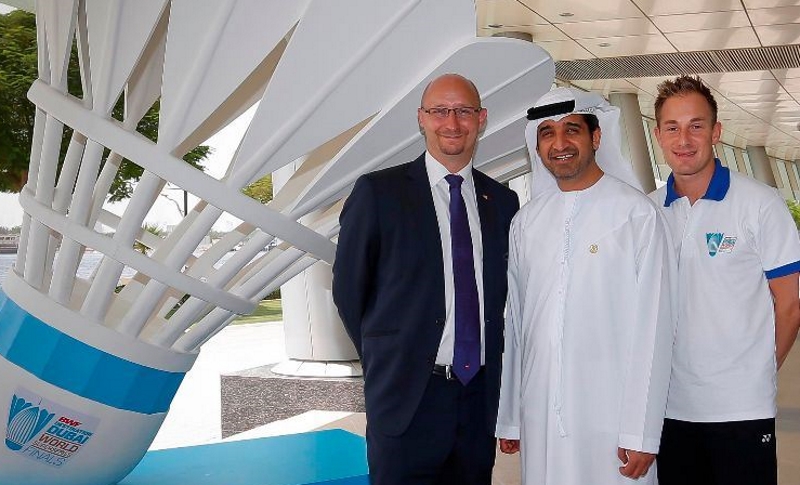 Held under the patronage of His Highness Sheikh Hamdan Bin Mohammed Bin Rashid Al Maktoum, Crown Prince of Dubai, the World Superseries Finals will be staged in Dubai each December until 2017 as part of a four-year partnership between the Badminton World Federation (BWF) and the Dubai Sports Council.

Addressing a press conference, BWF Secretary General Thomas Lund (right) revealed the doubling of prize money for the prestigious year-end showdown featuring the eight top-ranked players in Men’s and Women’s Singles as well as their equivalents in all three doubles disciplines on the Destination Dubai Superseries Rankings.