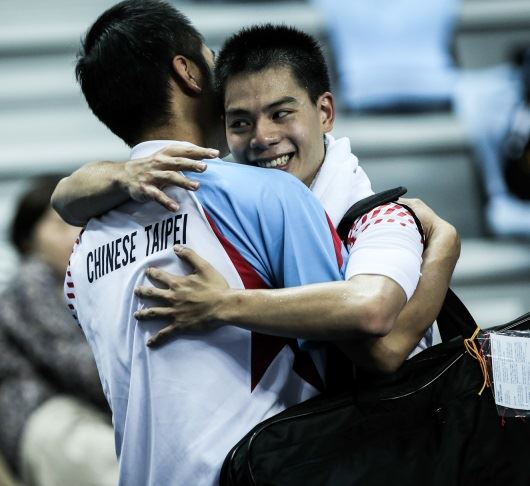 Thomas Cup champions Japan were knocked out in the Asian Games 2014 men’s team quarter-final yesterday by Korea, dashing their ambitions of a first gold medal. It was a perfect Sunday for Korea, as their women made the final against China after their men had entered the last-four.

The Japan-Korea tie was the highlight of the day, with two equally balanced teams slugging it out. Japan suffered an early blow when Kenichi Tago was outplayed in the first singles by Son Wan Ho 12-21 21-11 21-16.

Korea consolidated through their in-form pair Lee Yong Dae/Yoo Yeon Seong despite falling behind against Kenichi Hayakawa/Hiroyuki Endo. Lee/Yoo had it fairly easy in the last two games: 15-21 21-14 21-13.

However, youngster Kento Momota, who had played a pivotal role in Japan’s Thomas Cup triumph, revived his side’s hopes by taking the second singles over Lee Dong Keun, 12-21 21-12 21-17. It was down to the last match, with veteran Lee Hyun Il facing Takuma Ueda, who had clinched the Thomas Cup for Japan in the fifth match of the final. The wily Lee however proved too crafty for Ueda, recovering from a game down to take the match in 69 minutes: 14-21 21-18 21-9.

Korea next face Chinese Taipei, who shocked Indonesia 3-1. Defending champions China proved too strong for Hong Kong (3-0); their semi-final opponents will be Malaysia, who blanked Nepal by the same margin.

No.2 seeds Indonesia capitulated to Chinese Taipei in a surprisingly one-sided quarter-final. Chou Tien Chen helped Chinese Taipei gain the early advantage with a hard-fought 13-21 21-19 21-14 victory over Tommy Sugiarto in the opening singles. Although Mohammad Ahsan/Hendra Setiawan levelled the score for Indonesia by winning the doubles over Tsai Korea’s women booked the final against defending champions China, coming through their test against India. Korea suffered an early blow as Sung Ji Hyun was overpowered by Saina Nehwal (21-12 10-21 21-9), but Bae Yeon Ju (below) fought past PV Sindhu in a 79-minute encounter (14-21 21-18 21-13) to level the tie for the hosts.

The other semi-final was a near-repeat of the Uber Cup final between China and Japan. Li Xuerui once again outclassed Minatsu Mitani in the opening singles (21-15 21-17). Just as they had done in the Uber Cup final, Ayaka Takahashi/Misaki Matsutomo triumphed in the doubles, this time over World champions Tian Qing/Zhao Yunlei in a 78-minute match: 21-11 15-21 21-19.