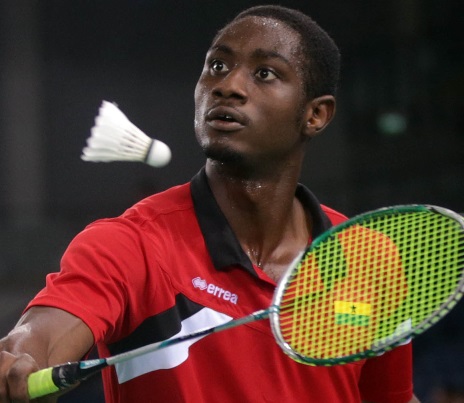 Kenya suffered close losses to Uganda and Ghana in the group stage of the Mixed Team event at the 2014 Commonwealth Games on the opening day. After a 2-3 defeat to Uganda in the morning session yesterday, the Kenyans again fell by a similar margin to Ghana.

Badminton players were among the early starters of the Games. The Mixed Team competition consists of a group stage followed by knock-out. The final of the Mixed Team event is on Monday 28 July. The individual competition will begin the next day and end on Sunday 3 August.

The Group B encounter between Uganda and Kenya got off to a thrilling start, with Uganda’s Wilson Tukire/Margaret Nankabirwa edging past Joseph Githitu/Lavina Martins 19-21 21-14 21-13 in the opening

Mixed Doubles match. Edwin Ekiring made it 2-0 for Uganda beating Victor Odera Munga 21-17 21-7 in Men’s Singles before Kenya pulled one back through Mercy Mwethya Joseph in Women’s Singles over Daisy Nakalyango, 21-14 21-15.

However, Kenya could not capitalise on that breach as Ekiring and Tukire combined in Men’s Doubles to stop Githitu/Patrick Mbogo 21-17 21-13 to clinch the tie for Uganda. Kenya narrowed the deficit by clinching the Women’s Doubles match through Mercy Mwethya Joseph/Lavina Sabastian Martins (above) over Daisy Nakalyango/Margaret Nankabirwa 21-19 21-17.

It was déjà vu for Kenya in the evening session against Ghana. Having fallen behind 0-2 due to losses in Mixed Doubles and Men’s Singles, Kenya fought back through Mercy Mwethya Joseph who beat Evelyn Botwe 21-11 21-10 in Women’s Singles. However, Daniel Sam and Emmanuel Donkor (featured image) saw Uganda safely home by outclassing Patrick Mbogo/Victor Munga in Men’s Doubles, 21-14 21-15. Kenya made it 2-3 by winning the Women’s Doubles through Mercy Joseph/Lavina Martins over Stella Amasah/Evelyn Botwe 21-17 21-16.

Meanwhile, Malaysia began their defence of the Mixed Team title with a whitewash of Barbados. Malaysia, who are in line for a hat-trick of Mixed Team titles, comfortably got past their opponents 5-0 in Group A. Malaysia were without the services of their spearhead Lee Chong Wei but were too good for Barbados. Mixed Doubles pair Chan Peng Soon/Lai Pei Jing outplayed Andre Padmore/Shari Watson 21-11 21-6 in the opening match. Chong Wei Feng made it 2-0 for Malaysia by easing past Dakeil Thorpe 21-6 21-7 in Men’s Singles. Tee Jing Yi wrapped up the tie for Malaysia 21-8 21-3 over Mariama Eastmond in Women’s Singles. Tan Wee Kiong/Goh V Shem (Men’s Doubles) and Woon Khe Wei/Vivian Hoo (Women’s Doubles) too did not allow their opponents to get into double digits in any game.

Rivals India too notched 5-0 verdicts in their Group B ties against Ghana and Uganda, while hosts Scotland dealt a similar drubbing to Seychelles and Guernsey. With India’s victories never in doubt, they even experimented by pairing singles players Srikant Kidambi (above)/PC Thulasi and Guru Sai Dutt/PV Sindhu in the Mixed Doubles against Ghana and Uganda respectively.