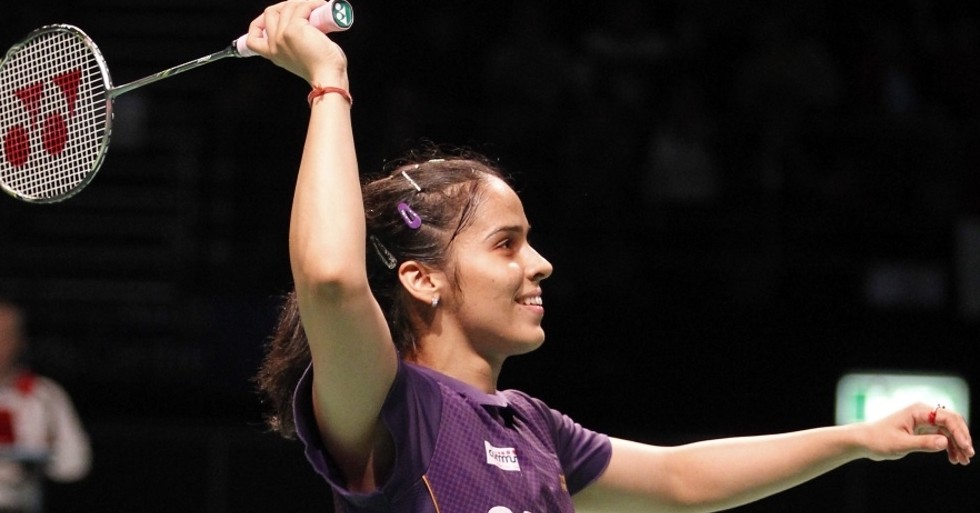 Tian Houwei, 21-19 23-21, to enter title contention at the World Superseries for the first time since winning the All England in 2012.

India’s Nehwal (BWF home page), whose last appearance in a MetLife BWF World Superseries final was at the French Open in 2012, rediscovered some of her best form in thwarting long-time rival Wang Shixian of China 21-19 16-21 21-15. Nehwal faces Spaniard Carolina Marin, who made her first World Superseries final by beating Japan’s Yui Hashimoto 21-17 21-16.

While their Women’s Singles semi-final wasn’t quite a classic in the manner of some of their previous encounters, the match was still played at a high level, with little separating the two. Wang had two straight wins over Nehwal coming into the Australian Open, but it was Nehwal who looked more confident as she chased down Wang’s shots.

The Indian had a surprise element in store – a new ‘holding’ shot near the net that caught Wang off-guard a couple of times and proved pivotal in taking the first game.

With a 12-7 lead in the second, it looked like Nehwal was cruising to a comfortable win, but it was at this point that Wang dug in to play some of her best badminton. Shifting to a higher gear and showing greater intensity, the Chinese reeled off a sequence of points, thanks in part to some unusual forehand shots that left Nehwal stranded. At 16-15 came the defining moment as Wang unleashed her steep and deceptive slices to open a breach in her opponent’s defences. The Indian took a medical timeout but the break only allowed Wang to sew up the game with three of the next four points.

The third game continued in the same vein. It was touch-and-go until 13-all, after which Wang’s accuracy deserted her briefly. A few of her shots landed marginally outside, while Nehwal’s own indefatigable qualities came to her aid. The Indian won match point with a decisive smash and entered the final when her opponent sent her own smash wide. Mixed Doubles pair Michael Fuchs and Birgit Michels were tied down by experienced Thais Sudket Prapakamol/Saralee Thoungthongkam early on, but as the match progressed Fuchs and Michels were able to break free. With both assuming offensive duties from the back court, the points came in a rush. The second game was a whitewash as Fuchs and Michels picked points at will, emerging winners at 21-17 21-12.

Having won two World Superseries titles in the last two weeks – the Yonex Open Japan and BCA Indonesia Open – Lee and Yoo will be favourites tomorrow to add the Australian Open to their collection.

Their semi-final opponents, Hoon Thien How/Tan Boon Heong of Malaysia, stayed level with them until mid-way in the first game, after which the superior firepower and astounding defensive abilities of the Koreans swung the match their way. Hoon and Tan seemed bereft of ideas as their best shots were returned with added sting. The 21-14 21-16 result was an apt reflection of the dominance of Lee and Yoo over Tan and Hoon.

* The Women’s Doubles semi-final between China’s Tian Qing/Zhao Yunlei and top seeds Christinna Pedersen/Kamilla Rytter Juhl was among the most riveting encounters of the day. The Danes saved three match points but the Olympic champions edged ahead 11-21 22-20 22-20 and will face Misaki Matsutomo/Ayaka Takahashi. The Japanese prevented an all-China final by beating Luo Ying/Luo Yu 21-16 21-15.

* Lin’s result over Tian will see him take on Indonesia’s Simon Santoso (above), over whom he has a 10-1 record. Santoso was untroubled in the all-Indonesian semi-final against Tommy Sugiarto as he eased to a 21-16 21-13 verdict.