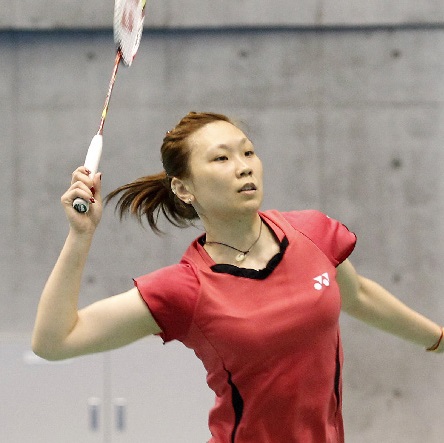 World champion Ratchanok Intanon suffered her third first-round defeat this year as she was shown the door by Liu Xin at the Yonex Open Japan 2014 today.

Intanon, the Women’s Singles third seed from Thailand, fell behind after 10-all in the first game and although she enjoyed a mid-match revival, Liu dominated her in the closing stages to ensure a comprehensive victory at 21-11 14-21 21-16.

In a keenly-awaited contest, Olympic champion Li Xuerui held off the feisty defending champion and home hope Akane Yamaguchi after an hour-long battle. Yamaguchi surprised Li by dominating the early exchanges with Li unable to shake her off. The Japanese challenger would have sensed an opportunity for victory at 19-all in the second game, but the experienced Li held firm under pressure to pull away, 17-21 21-19 21-18.

Denmark’s Jan O Jorgensen was precariously placed in his Men’s Singles match against Japan youngster Kento Momota but scrambled to safety. Momota, one of the heroes of Japan’s Thomas Cup victory at New Delhi last month, outplayed Jorgensen in the opening game and had leads of 15-7 and 19-16, but each time Jorgensen battled back to draw level. The Dane saved a match point to take the second game, after which the deflated Momota could not offer much of a challenge: 13-21 22-20 21-12.

“Not the prettiest match and not the match I wanted, but I still won in the end,” Jorgensen posted on his Facebook page. “I got a good start leading 7-2 and then I completely stopped playing my game and lost my rhythm and focus. After that it was a hard fought game where I tried all I could to get it going. I found something in the end of the second set and when it got close I could tell that he was nervous and tense. I took my chances and won it 22-20… After the break he was done and did not have any more power so I could grab it 21-12. I was almost out of the tournament so I’m thankful to get another chance to play better tomorrow.” Another player who survived a ‘near-death’ experience was Momota’s compatriot Riichi Takeshita (left), who got the better of India’s Kashyap Parupalli. * India’s Tarun Kona/Ashwini Ponnappa edged past Germany’s Peter Kaesbauer/Isabel Herttrich in three tight games, 18-21 21-18 21-17, giving Ponnappa her second victory of the day after she and Jwala Gutta had entered the second round of Women’s Doubles.