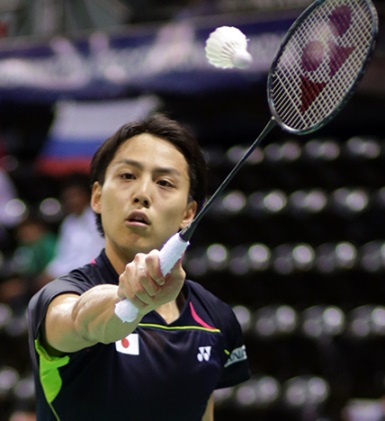 Barely a fortnight after their greatest badminton moment, Japan will see the world’s biggest stars converge for the Yonex Open Japan 2014. Japan created history at New Delhi last month, winning the Thomas Cup in their very first final. After a thrilling 3-2 triumph over Malaysia to clinch the title, Japan’s head coach Park Joo Bong expressed confidence that the title would lead to greater popularity for the sport in the country.

One early indicator of Japan’s improved badminton fortunes would be spectator interest at their home MetLife BWF World Superseries which has attracted a top-class line-up. Of all the assembled stars, one in particular is sure to make heads turn: World and Olympic champion Lin Dan (left) of China, who returns to World Superseries action after March 2012.

In the interim, although Lin has picked up a clutch of medals, including gold medals at the London Olympics, World Championships and Asian Championships, he has skipped all the World Superseries. Waiting for him in the first round of Men’s Singles qualifying will be local hope Kazumasa Sakai. If Lin passes that test, he will run into Malaysia’s Daren Liew or Frenchman Thomas Rouxel.

World No.1 Lee Chong Wei of Malaysia will seek a hat-trick of titles as he begins his campaign against a qualifier on Wednesday. Lee has the likes of K Srikanth (India), Tommy Sugiarto (Indonesia, 5), Viktor Axelsen (Denmark) and Kenichi Tago (Japan) in his half. If Lin Dan qualifies and plays to expectations, fans could be in with a treat for the final, assuming of course that Lin Dan gets past his compatriot Chen Long (2), another strong contender to make the final.

Perhaps the biggest question will be around Japan’s Thomas Cup heroes. Kento Momota and Takuma Ueda (featured image) are in the lower half of the draw, with Momota drawn to meet third seed Jan O Jorgensen (Denmark) in his opening encounter. With so many top-level contenders in this half, an air of unpredictability hovers about the possible outcomes. Both Momota and Tago are within the top-8 of the BWF Destination Dubai Rankings and will hope to go far in their home event to pick up as many ranking points as possible to ensure their places for Dubai’s year-ending extravaganza. The local attention will be focussed on home prodigy Akane Yamaguchi, who won this tournament as a qualifier last year, becoming the youngest-ever Women’s Singles World Superseries champion. Yamaguchi, who defended her BWF World Junior Championships title earlier this year, once again starts in qualifying. Apart from Austria’s Simone Prutsch and Chinese Taipei’s Pai Yu Po, all the others in the qualifying draw are Japanese. If Yamaguchi qualifies, as she is expected to, fans will be treated to a first round clash between her and Olympic champion Li Xuerui.

* Finnish Open 2014 winners in Men’s Doubles, Denmark’s Kim Astrup Sorensen/Anders Skaarup Rasmussen (above), have a tough first round lined up against Korea’s Lee Yong Dae/Yoo Yeon Seong. Other Danes in the draw include second seeds Mathias Boe/Carsten Mogensen and Mads Pieler Kolding/Mads Conrad-Petersen in a field that includes World champions Mohammad Ahsan/Hendra Setiawan of Indonesia and third seeds Hiroyuki Endo/Kenichi Hayakawa of Japan, who head the BWF Destination Dubai Rankings at the moment. * Despite the wealth of Women’s Doubles talent at their disposal, China have fielded only one established pair: Bao Yixin/Tang Jinhua. The experienced Ma Jin teams up with youngster Tang Yuanting, while the European challenge consists mainly of second seeds Christinna Pedersen/Kamilla Rytter Juhl (Denmark); Gabrielle Adcock/Lauren Smith and Heather Olver/Kate Robertshaw (both England).