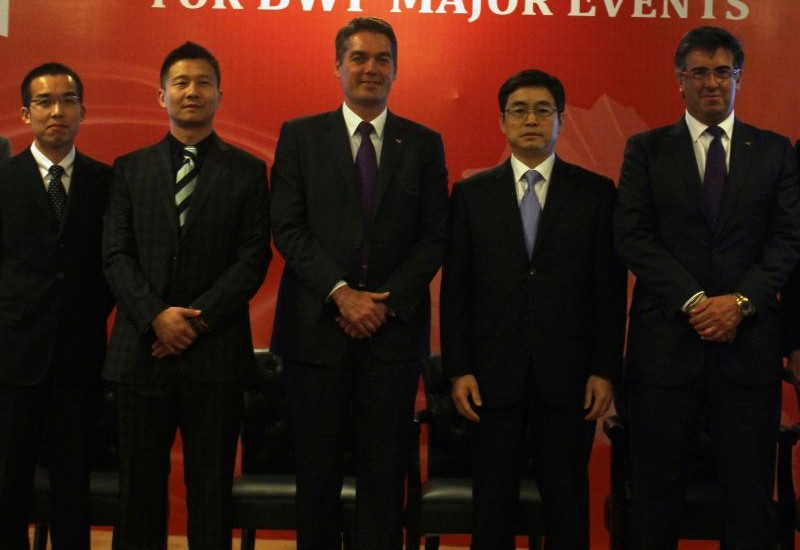 Kunshan in China and Lima, Peru, today joined the illustrious list of cities to be chosen as host venues for BWF Major Events.

While the South American capital will stage next year’s BWF World Junior Championships, the eastern Chinese city got the nod from the BWF Council for the BWF Thomas & Uber Cup Finals in 2016; just days after this year’s edition of the event concluded here in New Delhi, India.

The winning bids were announced by BWF President Poul-Erik Høyer this evening after delegations from the prospective hosts had rolled out their plans for the respective events.

Kunshan was up against Jakarta, Indonesia, and when the outcome was revealed, officials from Kunshan and the Chinese Badminton Association jumped to their feet in delight. In their presentation, the visitors outlined intentions to host the tournament at Kunshan Sports Centre with a seating capacity of more than 5,000. The representative from the Badminton Association of Indonesia unveiled plans for the Thomas & Uber Cup Finals to be held at the well-known Istora Senayan Stadium which seats 6,000 spectators. “This is the second time we have bid for a Major Event in badminton and we have finally won, declared Kunshan Vice Mayor, Guan Fengliang; ironically alluding to his city’s loss in the race for the 2015 BWF World Championships to Jakarta late last year.

“We will make full use of this precious opportunity and we will contribute to the promotion of badminton worldwide. We will share the charm of Kunshan and we invite you all to Kunshan.”

Meanwhile, though Lima was the lone city vying for the World Juniors, the Council needed to ensure its bid met the relevant criteria, especially as the proposed venue – the National Sports Village – is currently under construction.

“We would like to thank the BWF for the confidence shown in us,” said President of the Peruvian Badminton Sports Federation, Zarko Cukic. Noting that Peru has hosted various international conferences and meetings in recent years – including top sporting events – he called the World Juniors “an opportunity to promote badminton in the region and for officials to get more experience”.

“We will be able to consolidate the BWF brand in our region. We are awaiting all of you with open arms.”

Top: Delegations from the prospective host cities for BWF Major Events await the announcement of the winners.