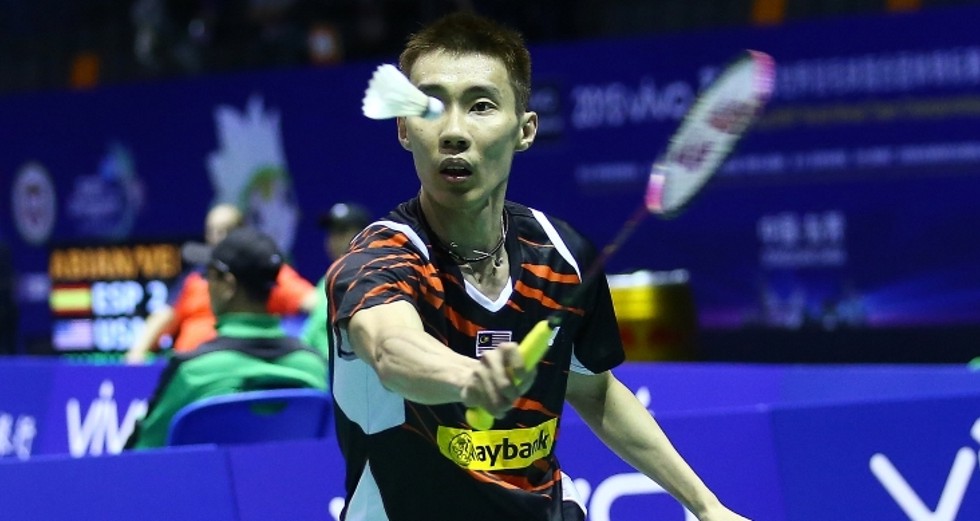 It was a big night for Lee Chong Wei as he picked up the BWF Male Player of the Year award while leading Malaysia into the Thomas Cup finals last evening in New Delhi, Having dispensed with Indonesia’s Tommy Sugiarto to give his country a vital 1-0 lead at Siri Fort Indoor Complex, the veteran Men’s Singles player hurried off to the annual BWF Gala Awards Dinner where he was the toast of the evening. The 31-year-old, who won seven BWF World Superseries titles last year and was runner-up in the BWF World Championships finals, withstood competition from China’s Lin Dan and Chen Long; Indonesian duo Mohammad Ahsan and Hendra Setiawan; and Ko Sung Hyun and Lee Yong Dae of Korea.

While Lee (featured image) was collecting his reward from President of the Badminton Association of India, Dr. Akhilesh Das Gupta, his team-mates completed the semi-final mission versus Indonesia, giving their hero a shot at finally savouring victory in the historic Thomas Cup.

China’s resilient Women’s Singles player, Li Xuerui (above), captured the Female Player of the Year, proving she is still the one to beat on the big occasion – retaining the Women’s Singles Superseries Final crown she won in 2012, to go nicely with the world No. 1 ranking she held throughout last year. She was runner-up to Thailand’s Ratchanok Intanon at the BWF World Championships but went a step better at the BWF World Superseries Premier events, winning the Indonesia Open and the China Open.

Li Xuerui beat Intanon as well as compatriots, Wang Yihan (Women’s Singles), and Women’s Doubles World champions, Wang Xiaoli and Yu Yang, for the coveted award. Today she will aim to celebrate her success by leading China’s defence in the finals of the prestigious Uber Cup tournament. Japan will be across the net from China in this afternoon’s showdown and among their ranks is the Promising Player of the Year (Eddy Choong Award) for 2013 – Akane Yamaguchi (above). On the cusp of her 17th birthday on 6 June, she is fast becoming a known name in badminton; wresting the World Junior title in 2013 and retaining it in April this year. She also made headlines as the Yonex Open Japan Women’s Singles champion last season, ousting a number of top players en route to glory on home soil.