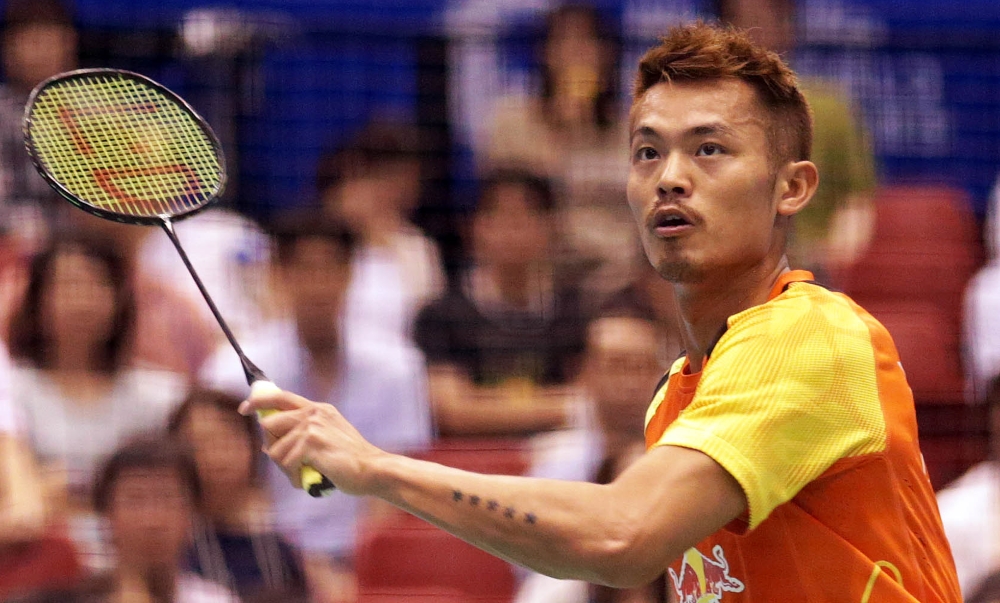 Despite not competing on the international circuit for eight months, the four-time champion showed no signs of rust as he polished off younger compatriot Tian Tian Houwei too did not drop a game till the final. The second seed was a comfortable winner over Pannawit Thongnuam of Thailand in the quarter-finals and Hong Kong’s Nan Wei in the semi-finals.

The five finals today were all-China affairs. Liu Xin (right), who too is on her comeback trail this year after a long layoff in 2013, defended her title from the only tournament she played last year. The former world No.5, who has dropped to No.59, overcame the challenge of Shen Yaying, 21-12 21-18. Liu spent just 86 minutes on court for the four matches she took to win the title. In the quarter-finals Liu’s opponent Chen Xiao Jia retired at 7-3 down, while in the semi-finals, Hui Xirui was no match for Liu, losing in just 23 minutes.

Shen Yaying had a much tougher semi-final against compatriot and second seed Yao Xue, edging through 21-19 21-19 in 40 minutes.

* The opening Women’s Doubles match was the longest of the five finals, with top seeds Luo Ying/Luo Yu (left) prevailing in a close finish over Yaqiong Huang/Xiaohan Yu 21-17 21-19. The twins were impressive in the quarter-finals and semi-finals as well, chalking up victories over compatriots Ou Dongni/Xiong Mengjing and Japan’s Ayane Kurihara/Naru Shinoya respectively.

* Yaqiong Huang made up for her loss in Women’s Doubles by winning the Mixed Doubles title with Lu Kai. The third seeds were hardly troubled by Wang Yilv/Xia Huan in the course of a 21-12 21-14 victory.

* Wang Yilv, on the other hand, had to endure two losses. He had earlier faltered in the Men’s Doubles final too. Zhang Wen and Wang Yilv could not mount a strong challenge to top seeds Kang Jun/Liu Cheng (below) as they went down in 29 minutes, 21-13 21-16.