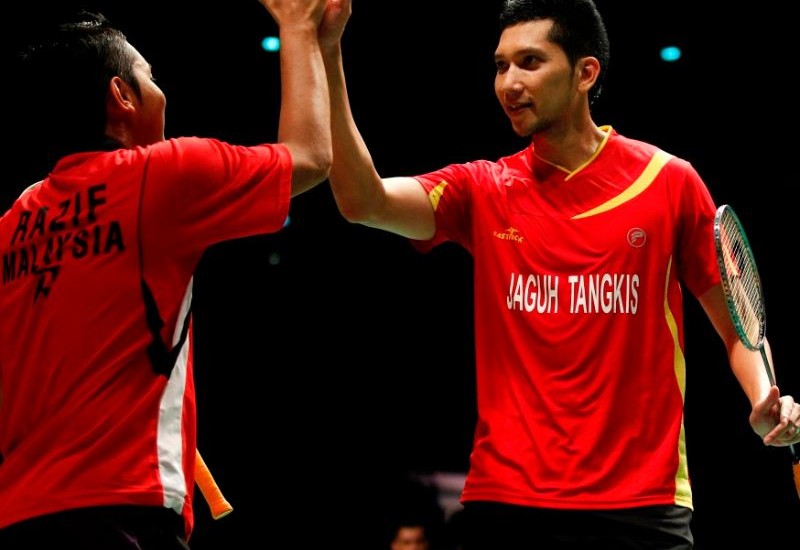 The next instalment of a long-running romance will unfold this week at the Maybank Malaysia Open 2014 at Putra Stadium in Kuala Lumpur.

The relationship between Men’s Singles No.1 Lee Chong Wei and the Malaysia Open is perhaps without parallel in the world. The home hero has won nine out of the last ten editions, including the last six – endearing him more and more to adoring compatriots each year. However, Lee’s legions of fans are likely to feel pangs of anxiety as the tournament progresses, for heading the lower half of the draw, and due to meet him in the final, is second seed Chen Long of China. Last Sunday, Chen posted his fourth successive win against Lee in the Victor Korea Open finale, leaving no doubt that he has the edge over the world No. 1. The factor that will favour Lee in his quest for a tenth Malaysia Open title will of course be thunderous support he receives on local turf.

Before he gets too far ahead of himself, Lee will be aware he has a succession of tough matches lined up. The first test will come from Denmark’s Hans-Christian Vittinghus and, if events follow seedings, Lee’s next clashes will be against Wang Zhengming (China) in the second round; Du Pengyu (China, 7) in the quarter-finals, and Jan O Jorgensen (Denmark, 3) in the semi-finals.

Chen Long is likely to have a smoother ride to the final. He plays qualifier Lee Dong Keun (Korea) first, followed by possibly Tanongsak Saensomboonsuk (Thailand), Kenichi Tago (Japan, 5) and Tommy Sugiarto (Indonesia, 4). Apart from those mentioned above, players like Chen Yuekun (China), Kashyap Parupalli (India), Kento Momota (Japan) in the top half, and Son Wan Ho (Korea) and K Srikanth (India) in the lower half, could cause some problems.

After skipping the season-opening Victor Korea Open, Women’s Singles top seed Li Xuerui (China) returns to Malaysia a month after she triumphed at the BWF World Superseries Finals here. If she needs any motivation, it will be that she has never lifted a Malaysia Open crown. Unlike the Men’s Singles, however, the Women’s Singles is no two-horse race. There are a number of contenders who can stop Li, including her own team-mates and past champions Wang Yihan (3) and Wang Shixian (2). More disturbingly for Li, her opener will be against a player who has a healthy record against her: Porntip Buranaprasertsuk (Thailand) has beaten her three successive times in their five matches. Then there is defending champion Tai Tzu Ying (Chinese Taipei), beaten finalist at the World Superseries Finals, who enjoys playing in Malaysia. She is a likely quarter-final opponent for Li.

The biggest curiosity in Men’s Doubles will be the possible final between World champions Mohammad Ahsan/Hendra Setiawan (Indonesia, 1) and Lee Yong Dae/Yoo Yeon Seong (Korea, 5). The two pairs were the best of 2013 and when Ahsan/Setiawan won the year-ending World Superseries Finals in a field minus Lee/Yoo, they were frequently asked about their 0-3 record against the Koreans. There are other pairs of course who can prevent either of these teams from making the final: Korea Open champions Mathias Boe/Carsten Mogensen (Denmark, 2), Kim Ki Jung/Kim Sa Rang (Korea, 3), Liu Xiaolong/Qiu Zihan (China, 4) and Hoon Thien How/Tang Wee Kiong (Malaysia, 8).

* Pedersen had a memorable time a month ago when she won two titles in Kuala Lumpur, both against Chinese opponents in the finals. In Mixed Doubles, defending champions Pedersen and Joachim Fischer Nielsen (Denmark) are due for a semi-final clash against Zhang Nan/Zhao Yunlei (China, 1), who will be seeking to avenge an embarrassing loss in their last match. World champions Tontowi Ahmad/Liliyana Natsir (Indonesia) and Xu Chen/Ma Jin (China, 4) are the other semi-final contenders.