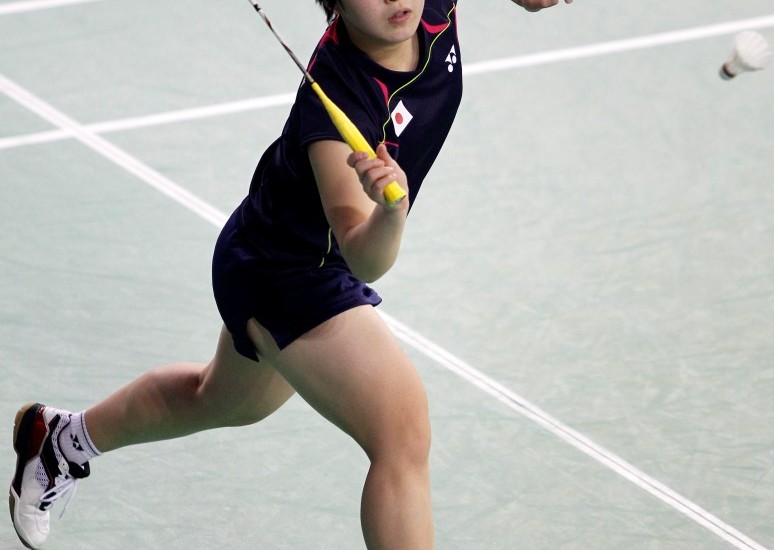 This year is significant in many ways with several big competitions – such as the Asian Games, Commonwealth Games, Thomas/Uber Cups and World Championships – lined up during the season, there is an unmistakeable buzz in the air as the first Superseries event got underway. Although the Korea Open is now a Superseries tournament for the 2014-2017 cycle, it will offer engrossing contests between established stars and a young pack of emerging players snapping at their heels.

The perfect embodiment of this younger crop is Japan’s Akane Yamaguchi (BWF home page), the schoolgirl who won her home Japan Open Superseries last year as a 16-year-old. Yamaguchi won the BWF World Junior title soon after and will be keenly watched during her Korea Open campaign. She won both her qualifying-round matches to earn a first-round place against Porntip Buranaprasertsuk (Thailand). Given the formidable array of Chinese – Wang Shixian (1), Wang Yihan (3), Yao Xue, Han Li and Suo Di – and other contenders like BWF World champion Ratchanok Intanon (Thailand, 2) and defending champion Sung Ji Hyun (Korea, 4), the outcome in Women’s Singles is truly unpredictable. The tireless No. 1 Lee Chong Wei (Malaysia) heads the list of contenders in Men’s Singles, less than a month after capping off a fine 2013 season with the BWF World Superseries Finals title on home turf. Lee will be wary of his first-round opponent, local hope Son Wan Ho, who beat him in the final of the India Open Superseries in 2012. The two haven’t met since and Lee will be cautious against a rival who has been in form. The Korean is on a 12-match winning streak which included victories at the Sunrise Vietnam Open and Kumpoo Macau Open GP Gold. Son did have a strong season in the second half of 2013, including a runner-up spot at the Adidas China Masters and he made an impressive comeback from a ranking of No. 286 in August to No. 21 at the end of last year.

Other players likely to make an impact are Du Pengyu (China), Jan O Jorgensen, Viktor Axelsen (both Denmark), Kento Momota, Kazumasa Sakai (both Japan) and Tommy Sugiarto (Indonesia, 3). Sugiarto faces a tough opener versus Tian Houwei (China), against whom he has a 1-1 record. The other player likely to cause a stir is K Srikanth, the newly-crowned Indian national champion. Japan’s Kenichi Tago will have to be at his best if he has to avoid unpleasant surprises as he starts against Srikanth. In Men’s Doubles, home stars Lee Yong Dae and Yoo Yeong Seong will be title favourites despite their fifth seeding. China’s Yu Yang/Wang Xiaoli and Zhang Nan/Zhao Yunlei head in as favourites in Women’s Doubles and Mixed Doubles, given the absence of Denmark’s top pairs in the two categories.

* Former Men’s Singles No. 3 Simon Santoso has drifted down the rankings to No. 67. The Indonesian will hope for a better season this year as he qualified with straight-games wins over Koreans, Park Sung Min (21-18 22-20) and Heo Kwang Hee (21-15 21-19). He was joined in the main draw by three local players, Hwang Jong Soo, Jeon Hyuk Jin (below) and Lee Dong Keun. For his troubles, Santoso earned a first-round appointment with Chen Long (China, 2).