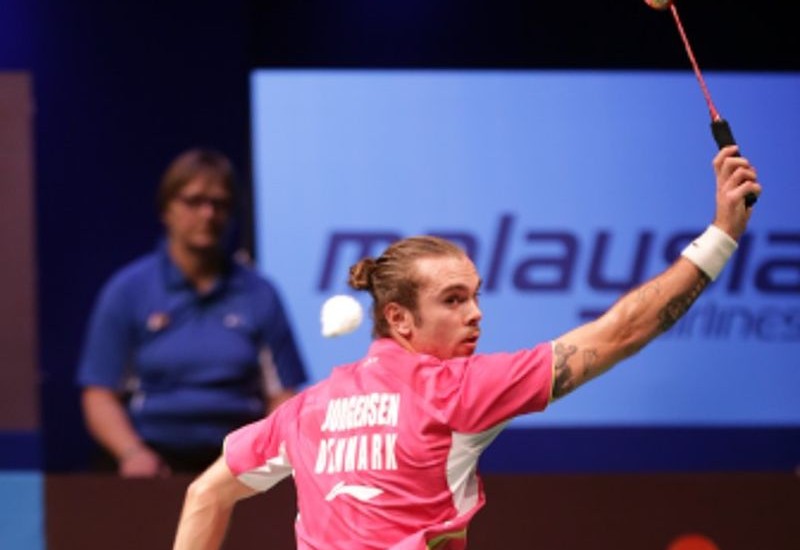 the semi-finals of the BWF World Superseries Finals.

Qualifying for the year-end showpiece at the injury-hit expense of their seniors Koo Kien Keat and Tan Boon Heong, Malaysia’s second Men’s Doubles pair proved worthy of their place among the top eight, stunning All England champions, Liu Xiaolong and Qiu Zihan in a Group A match. After a first-game loss to the Chinese, Hoon and Tan (below) completely overturned the momentum with perfect execution of smart tactics to triumph 18-21 21-15 21-13. The Liu-Qiu combination dominated the opening salvos with belligerent attacks but Hoon and Tan opted for flatter shots which prevented their rivals from unleashing their giant smashes. The crowd’s excitement and boisterous support encouraged the local players who raised their game at crucial moments.

“We struggled in the beginning of the match as we were keen to perform,” said Tan. “But we were able to fight back in the second and third games. The crowd support was great.”

Heading into tomorrow’s match versus the Korean Kims – Sa Rang and Ki Jung – whom they have never played before, the Malaysians declared they have nothing to lose and will again play their hearts out for their country. In the other Men’s Doubles Group A match, World champions Mohammad Ahsan/Hendra Setiawan powered to a 21-17 22-20 victory over the Kims. The Indonesians were headed for a comfortable result with four match points but the Koreans drew level before Ahsan/Setiawan closed the proceedings. *Saina Nehwal was blown away 21-9 21-14 by Olympic champion Li Xuerui in Women’s Singles Group B, possibly marking the end of her campaign and a below-average year for the Indian. Nehwal admitted 2013 has been disappointing and blamed injury and ill-health for her inconsistent performances. In another Group B match, Korea’s Bae Yeon Ju overpowered Minatsu Mitani of Japan, 21-10 21-18.

* French Open champion Jan O Jorgensen (BWF home page) took just 26 minutes to get past China’s Wang Zhengming, 21-9 21-10 in Men’s Singles Group A. The Dane flew to a 11-3 lead and was never challenged by a subdued Wang.