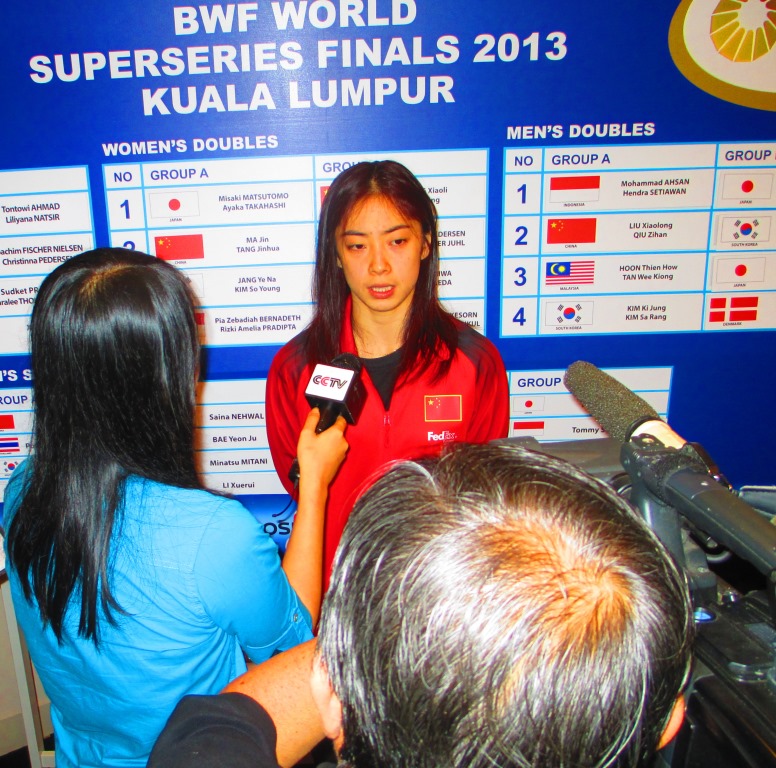 The badminton circuit bids farewell to an eventful 2013 with its last major tournament – the BWF World Superseries Finals beginning tomorrow.

Eight of the best singles players and doubles pairs in each of the five disciplines will battle it out for year-ending honours in Kuala Lumpur, Malaysia. At stake is the reward of wrapping up the year on a high and a sizeable chunk of the US$500,000 prize money in their pockets.

The player who will be cheered loudest – home hero Lee Chong Wei – is in with a strong chance of taking his fourth Finals title. Alongside him in Group A of Men’s Singles are Jan O Jorgensen (Denmark), Boonsak Ponsana (Thailand) and Wang Zhengming (China). The format consists of a round-robin, with the top two from each group progressing to the semi-finals. Lee is nearly certain to make the semi-finals, for he has career records of 9-0, 20-2 and 8-1 against Wang, Ponsana and Jorgensen respectively. The question therefore will be about the second spot which might be a close affair between Jorgensen and Wang. The Chinese has won both of their encounters but the Dane was within a point of beating him at the Adidas China Masters in September. “There is more pressure on me. I just want to enjoy it and try to do well,” said Lee Chong Wei (above; centre) at today’s Press conference, referring to competing at home.

Jorgensen, who has been training hard, is under no illusions as to how difficult it will be to get into the last four, stating that playing Lee Chong Wei and company is always tough. However, he is relishing the challenge.

Group B has Kenichi Tago (Japan), Tommy Sugiarto (Indonesia), Hu Yun (Hong Kong) and Sony Dwi Kuncoro (Indonesia). Tago has had an excellent season, having reached three Superseries finals. Sugiarto was a Superseries winner at Singapore and is a strong contender for the semi-finals, since both Hu Yun and Sony Dwi Kuncoro have been inconsistent. However, the experienced Kuncoro too will fancy his chances, with the veteran having sprung a few surprises this season.

Women’s Singles is the one category where any result is possible. Top seed Wang Shixian (China) has been in red-hot form since late October, reaching three straight Supserseries finals and winning one. Still, she termed her season “up and down” and is looking to finish on a high.

“Yes, I’m quite confident. You have to be in every competition. I want to play my best and take it match by match,” Wang told media.

Wang (BWF home page) faces the dangerous Porntip Buranaprasertsuk (Thailand), Korea Open winner Sung Ji Hyun (Korea) and Chinese Taipei’s Tai Tzu Ying. Olympic champion Li Xuerui (China) is likely to top Group B; her main challengers are Saina Nehwal (India) and Bae Yeon Ju (Korea). Bae has had an impressive year, having won a bronze at the BWF World Championships, and has beaten Nehwal the two times they met this year. Minatsu Mitani (Japan) is the other contender in the group.

Nehwal agreed that not clinching a title in 2013 had been disappointing though she ranked second on the Superseries circuit overall. Winning the Finals would make up considerably for her trophy drought. The latter will be thirsty for revenge after their bitter loss to their Indonesian rivals in the BWF World Championships finals. Korean badminton legends Ha Tae Kwon (left) and Park Joo Bong – now coaches for Korea and Japan respectively – were on hand to see how their players fared in the draw.