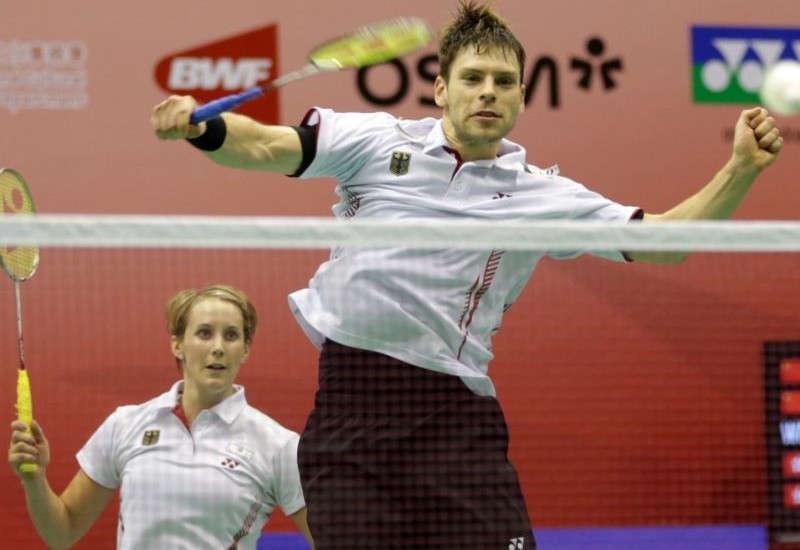 Fourth seed Du Pengyu crashed out of the opening round for the second year in a row at the Yonex Sunrise Hong Kong Open today. His conqueror was Rajiv Ouseph who notched his first win against a top Chinese rival. The England player was close to upsetting world No. 2 Chen Long of China at the Denmark Open in October, but lost his way despite a lead of 19-16 in the second game, having won the first game. At the Hong Kong Coliseum, however, Ouseph remained tough under pressure against Du, coming from behind in both games to close it out 21-15 21-14.

A delighted Vittinghus posted on his Facebook page: “I haven’t performed too well since I made the final of the London Grand Prix and I also really need the ranking points, so this was definitely an important win. I’m happy with the way I played all the way through the match and how I kept my focus on sticking to the game plan rather than focusing on the result. It sounds so simple, but can be so hard sometimes.”

Meanwhile, his compatriot and French Open champion Jan O Jorgensen had his hands full against qualifier Chan Yan Kit (Hong Kong); the Dane survived into the second round. At 20-11 up, Jorgensen had nine match points in the third and Chan saved seven of those before the former shut the door in time: 21-9 20-22 21-18. Among the other impressive performers were qualifier Wei Nan (Hong Kong), who overcame team-mate Wong Wing Ki in three hard-fought games, and India’s Ajay Jayaram (above), a 21-7 21-12 victor over seventh seed Nguyen Tien Minh (Vietnam).

In Women’s Doubles, No. 9 pair Jang Ye Na/Kim So Young crashed out. The Koreans, titlists at the Korea Open GP Gold earlier this month, lost a thriller to a pair ranked 57 places below them. Wang Rong/Zhang Zhibo (Macau) were down two match points in the decider before scraping through 14-21 21-18 23-21.

Last week’s Victor China Open semi-finalists Duanganong Aroonkesorn/Kunchala Voravichitchaikul were also first-round casualties as they ran into Misato Aratama/Megumi Taruno of Japan. The Thais lost a close first game before being outclassed in the second, 21-18 21-6. It will be a case of double doubles partners against each other when Chris Adcock and Gabrielle White face English team-mates Andrew Ellis and Lauren Smith in Mixed Doubles tomorrow. Adcock and Ellis (right) are competing in Men’s Doubles while White and Smith – Women’s Doubles partners – were knocked out by Japan’s Misaki Matsutomo and Ayaka Takahashi. * Both the Women’s Singles finalists of the China Open were stretched in their opening matches. Top seed Li Xuerui was a game adrift but finished strongly against Singapore’s Gu Juan, 9-21 21-11 21-7. Her compatriot Wang Shixian (4) emerged 21-13 11-21 21-17 after an hour-long battle versus Thailand’s Nichaon Jindapon. World champion Ratchanok Intanon also advanced 21-16 21-17, at the expense of India’s PV Sindhu. Fifth seed Sung Ji Hyun (Korea) however retired against qualifier Aya Ohori (Japan; below).