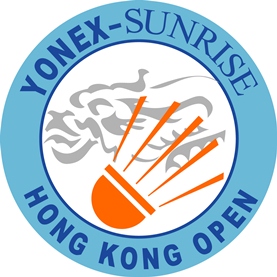 After an eventful year, the 2013 Superseries circuit finally winds down with the Yonex Sunrise Hong Kong Open 2013 that started today. The tournament is the last hope for players still hoping to qualify for the BWF Superseries Finals next month in Kuala Lumpur.

Day One started auspiciously for home fans. Local hope Wei Nan overcame two tough rounds to qualify for the Men’s Singles main draw. No. 64 Wei outplayed two competitors ranked way above him: in the first round, he beat No. 30 Anand Pawar (India), 18-21 21-13 21-13, and, in the next, got past No. 38 Lee Dong Keun (Korea), 22-20 21-9. Wei, winner of the Dutch Open in October, takes on compatriot Wong Wing Ki in the first round. Wei was among three Men’s Singles qualifiers from Hong Kong: the others were Ng Ka Long (below) and Chan Yan Kit. The fourth spot was claimed by Japan’s Kazumasa Sakai. The most interesting aspect of the Men’s Singles draw was the return of No. 1 Lee Chong Wei (Malaysia) after he skipped last week’s Victor China Open due to injury. Lee’s return will excite fans who will expect another title clash with arch-rival and defending champion Chen Long (China, 2). Lee will first need to negotiate his way past K Srikanth who awaits him in the opener. The Indian can be dangerous and took a game off Lee during the Indian Badminton League.

Apart from the two main contenders, players like China’s Wang Zhengming, who faltered in the title round on home turf last week; Jan O Jorgensen, winner of the French Open; Japan’s third seeded Kenichi Tago and Du Pengyu (China, 4) will hope to go deep in this event. Malaysia’s Chong Wei Feng will also look to repeat his strong performance at the China Open where he reached the semi-finals. His first-round opponent, Sho Sasaki, will be a handful. Japan’s Kento Momota is another of the young crop seeing to repeat or better his strong semi-final showing last week.

Thailand’s Ratchanok Intanon (2) will hope to reverse her three-straight losses to Chinese players since victory at the BWF World Championships in August. Intanon faces a tricky prospect in India’s PV Sindhu tomorrow. Assuming no surprises, she should reach the quarter-finals against her nemesis Wang Shixian, who has won six of their seven encounters. Intanon will hope her compatriot Nichaon Jindapon can ambush Wang in the first round – Jindapon held two match points before losing their only match so far.

* Men’s Doubles will see the return of four-time world champions Cai Yu and Fu Haifeng as a pair. The defending champions were last seen together at the BWF World Championships and since then have had unsuccessful experiments with Chai Biao and Hong Wei respectively. The qualifiers include two teams of mixed nationalities, which is a rare phenomenon in a Superseries event: Alvent Yulianto Chandra of Indonesia with Japan’s Shintaro Ikeda (right) and Lu Ching Yao (Chinese Taipei) with Mak Hee Chun (Malaysia). The other two qualifying pairs were: Andreas Heinz/Max Schwenger (Germany) and Chan Tsz Kit/Lo Lok Kei (Hong Kong).

* Yu Yang and Wang Xiaoli have each triumphed three times in Women’s Doubles (including once with different partners), and are tipped for another title. Their compatriot Bao Yixin, who reached the China Open final last week with Zhong Qianxin, has again been paired with a different partner. She competes with Tang Jinhua while Zhong partners Ma Jin. Interestingly, all three strong Chinese teams are in the same quarter. The four qualifying pairs are all from Hong Kong.