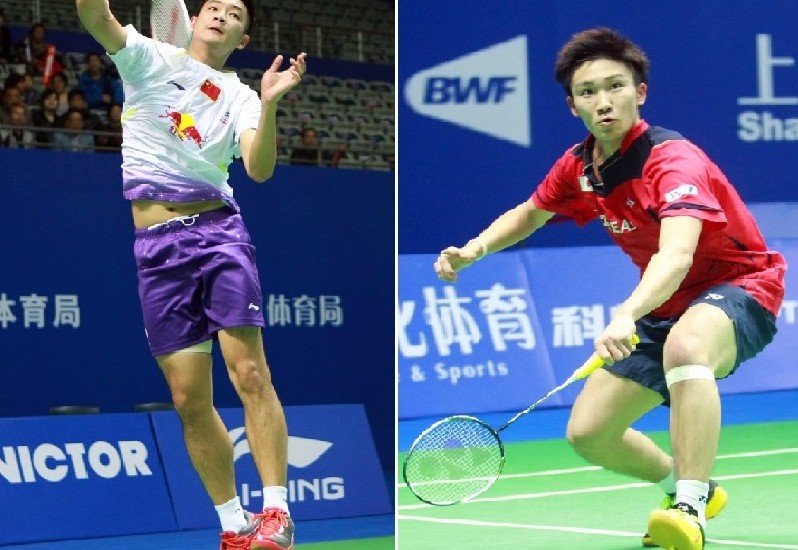 The Thai notched her first victory in four matches against 2011 champion and one of Shanghai’s most popular daughters, Wang Yihan, to book a semi-final against seventh seed Wang Shixian. Defending champion and top seed, Li Xuerui, and rising sensation, Han Li, will battle for the other finals spot.

Buranaprasertsuk was the underdog in her quarter-final against Wang Yihan but got the better of the favourite in an hour-long contest. She seized the initiative early and, though local girl Wang clinched a close second game to rousing cheers from the crowd, was able to power ahead in the crucial closing stages, 21-16 18-21 21-16.

On the neighbouring court, the reverse was in progress – with China, thanks to Wang Shixian, dominating Thailand in the form of World champion, Ratchanok Intanon (Thailand, 2). The 24-22 21-10 result was a remarkable sixth success out of seven clashes for Wang Shixian as Intanon seemed powerless to break the jinx that haunts her versus this opponent. An engrossing duel unfolded in the first game, with sensational rallies and brilliant strokes. Intanon had the edge but failed to convert any of four game points. Once Wang Shixian snatched the opening honours from Intanon’s grasp, the Thai quickly crumbled. * After his impressive performances in the first two rounds, Malaysia’s Liew Daren would have been expected to give second seed Chen Long a fight in their Men’s Singles quarter-final. That was not to be as Liew’s injury-prone body again scuttled his campaign. The Malaysian retired with Chen galloping away 21-10 14-1. Chen tackles another Malaysian, Chong Wei Feng, while Japanese youngster Kento Momota (BWF home page; right) plays China’s Wang Zhengming * In Men’s Doubles, How Thien Hoon and Tan Wee Kiong (Malaysia) overcame mid-match trouble against giant Russian, Vladimir Ivanov, and his partner, Ivan Sozonov, to advance 21-14 18-21 21-15 to their third Superseries semi-final. Hoon and Tan looked in control of the second game, leading by a few points, but erratic plays after Tan broke a string allowed the Russians to equalise. In the third game, however, Tan again lifted his level and found adequate support from Hoon who surprised the Russians with some unusual shots.