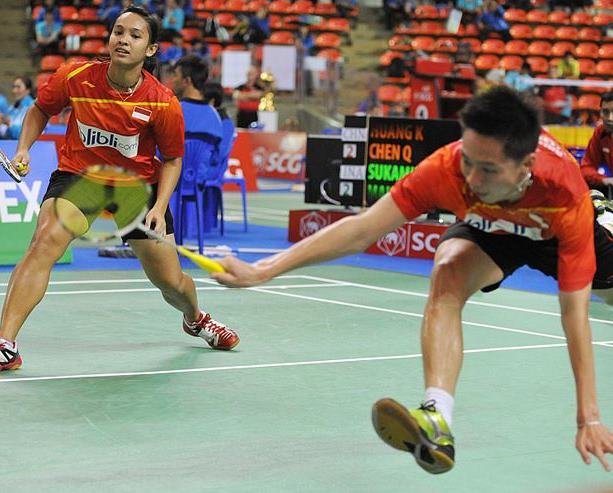 Title holders, China, were today toppled from their throne in nail-biting fashion by Indonesia at the SCG BWF World Junior Championships in Bangkok, losing their semi-final which went down to the fifth and final match.

The latter pair drew first blood, grabbing the tense opener, 21-19. China answered back to claim the second game but the Indonesians clawed to victory in the decider to secure the tie 3-2. The Mixed Doubles result – 21-19 16-21 15-21 – triggered ecstatic celebrations among the Indonesian contingent inside Hua Mark Stadium in Thailand.

Though vanquished, China were not disgraced as either team could have prevailed in this battle; the closeness of which was best exemplified by the fact that Indonesia won 219 points to China’s 217 points in the overall contest.

Beaten semi-finalists in last year’s Suhandinata Cup, Indonesia face Korea tomorrow for the title. Ironically, the Koreans were the other team which lost at the

“final four” stage of the 2012 tournament and today they defeated Japan who reached last year’s final versus China.

Having trounced Indonesia 3-0 in last year’s third-place play-off, Korea must fancy their chances of having a welcome extra piece of luggage on their return flight to Seoul.

Of course, the Indonesians will be seeking to carry the Suhandinata Cup home to Jakarta with them.