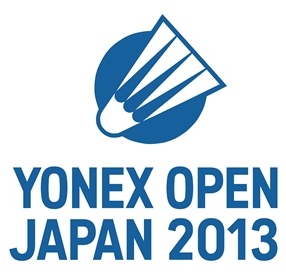 Last week’s appetiser – the Adidas China Masters – will be followed by the full-course delight of the Yonex Open Japan beginning today.

While the China Masters was missing some big names the same cannot be said of this week’s Superseries stop in Japan. All the badminton superpowers have turned up and the stage is set for top-quality action.

Given several talented youngsters emerging from Japan, this event is the ideal occasion for the next generation of stars to exhibit their skills. In the singles, particularly, Japan has much to anticipate. Among the crop of new talent in Women’s Singles are Sayaka Takahashi, Minatsu Mitani and Yui Hashimoto, who will be seen in the first round. Sayaka Sato, who limped off from the Olympics and made a tentative comeback with three losses in three matches, finally notched two victories. Sato won a close first qualifying match against Massayo Nojirino (Japan) 21-13 15-21 21-19 and then eased past Chisato Hoshi (Japan) 21-13 21-18 to book a first round against veteran compatriot, Eriko Hirose. The three other qualifiers are also Japanese: Akane Yamaguchi, Ayumi Mine and Yukino Nakai.

Top seed Li Xuerui (China), after suffering successive defeats in two finals (BWF World Championships and Adidas China Masters), will be keen to regain her trophy-winning prowess as her campaign opens against Aya Ohori (Japan). She can expect some strong challenges, most notably from PV Sindhu (India, 8) in the quarter-finals and defending champion Tai Tzu Ying (Chinese Taipei, 6) in the semi-finals, assuming no upsets. Han Li (China) and Sayaka Takahashi are capable of changing the script.

The bottom half of the draw is a mine field, with players like Wang Yihan (China, 4), Porntip Buranaprasertsuk (Thailand), Wang Shixian (China, 5), Yu Sun (China) and Ratchanok Intanon (Thailand, 2). While Intanon won the BWF World Championships, her compatriot Buranaprasertsuk struck a rich vein of form last week at the Adidas China Masters, and their likely second-round encounter should be interesting.

The Men’s Singles draw too has attracted the best names. Defending champion Lee Chong Wei (Malaysia, 1) returns to the Superseries circuit after faltering in another bid to claim the world title. Chen Long (China, 2) heads the pack of those likely to thwart him. Chen’s compatriot Wang Zhengming, who won a thrilling final at the China Masters, could meet Lee in the semi-finals.

Chen can expect resistance from the likes of Jan O Jorgensen (Denmark), Marc Zwiebler (Germany), Kenichi Tago (Japan, 7) and fellow Chinese player, Chen Yuekun. The home team’s hopes will be carried by world junior champion Kento Momota and Kazumasa Sakai, both of whom reached the quarter-finals of the China Masters, and experienced hands, Kenichi Tago and Sho Sasaki. Indian youngster K Srikanth, winner of the Thailand Open, could trouble Sasaki in their opening encounter.

* All the qualifiers in Men’s Doubles were lucky to go through without hitting a shuttle. The qualifiers included Yu Igarashi/Hashiru Shimono, Takatoshi Kurose/Sho Zeniya, Takuro Hoki/Yugo Kobayashi and Keiichiro Matsui/Koshun Miura (all Japan). Indonesia’s Igarashi/Shimono take on Mohammad Ahsan/Hendra Setiawan (Indonesia, 1) in the first round. The latter have won three straight tournaments, including the BWF World Championships.

* In Mixed Doubles, world No. 1 pair Xu Chen/Ma Jin return to the court after their narrow loss in the BWF World Championships final. Olympic champions Zhang Nan/Zhao Yunlei are seeded second and could meet their Chinese team-mates in the final.