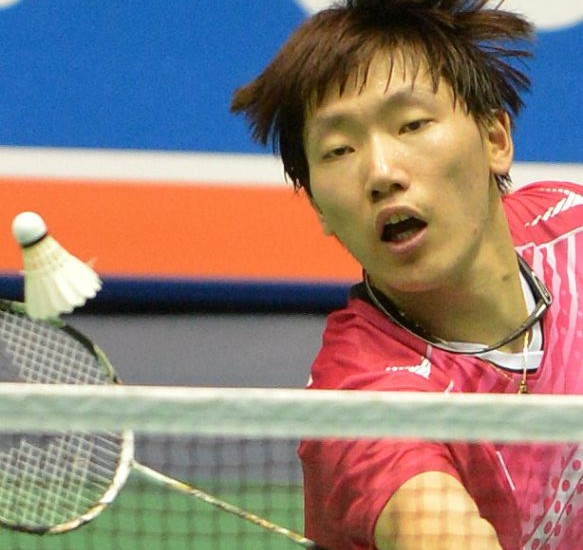 The young guns of Men’s Singles turned the tables on some of their senior peers in the first round of the Adidas China Masters today.

Another shocker was the defeat of Singapore Open Superseries champion and fourth seed, Tommy Sugiarto, at the hands of World Junior champion Kento Momota of Japan, 21-17 21-14. Momota led throughout the first game and recovered from a three-point deficit in the second to clinch victory.

Emerging Chinese prospect Zhou Wenlong sent No. 26 Dionysius Hayom Rumbaka (Indonesia) packing with a three-game win. Qualifier Zhou showed great composure to wrest the match from the more seasoned Rumbaka, coming from 17-19 down to snatch the opening game. Rumbaka won a close second game but Zhou closed out the contest from 8-all in the third as he won 13 of the next 15 points, triumphing 21-19 19-21 21-10. Yuchen. The Chinese lost the first game tamely but fought back in style, winning six of the last seven points in the second game to force a decider. In the third game they kept their nerve, holding off the Koreans to advance 11-21 21-16 21-19 in 55 minutes.

* Yoo Yeon Seong made up for his loss in Men’s Doubles by winning his Mixed Doubles match with Eom Hye Won. Yoo and Eom (Korea) won a thriller over compatriots Lee Yong Dae/Shin Seung Chan 21-18 20-22 21-14. They take on another Korean pair, fifth seeds Ko Sung Hyun/Kim Ha Na, in the second round.

* Women’s Doubles eighth seeds Reika Kakiiwa/Miyuki Maeda bit the dust against Ou Dongni/Tang Yuanting (China; right) 21-14 17-21 21-8. They were the only seeded casualties in that category.