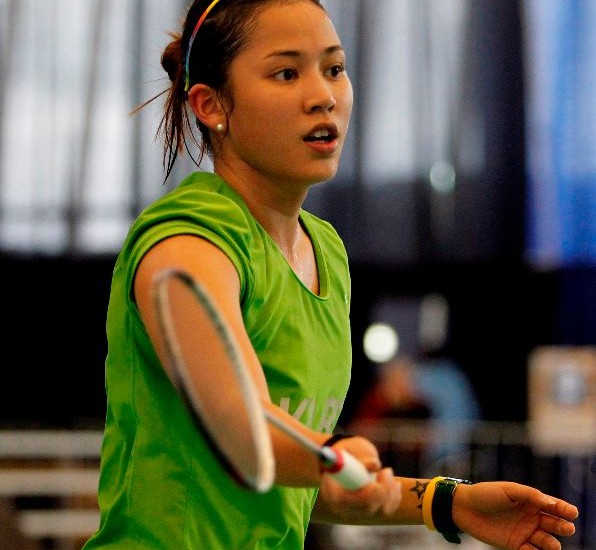 The 23-year-old, who trained at Kuala Lumpur Rackets Club in Malaysia, was apparently driving home when her car was involved in an accident just after midnight. She died in hospital about two hours later from severe injuries. Her remains were cremated yesterday at Arlington Chapel in the Philippines.

Known by her friends as “Chibby”, Velez was born in the USA but moved to the Philippines at a young age where she learnt to play badminton. She first represented that nation, and became its No. 1 women’s player, before switching allegiance to the country of her birth after 2009. Among the tournaments in which she represented the USA were this year’s Li-Ning BWF Sudirman Cup in Malaysia and last year’s Pan Am Badminton Championships in Peru. Her final event was last month’s Yonex Canada Open.

“Karyn was a bubbly, jolly, happy-go-lucky person. I remember how we had a hard time teaching her badminton since she was still young but after that she did well. She started badminton with us before moving to the USA,” recalled Kennevic Asuncion, her former coach (www.philstar.com).

The Badminton World Federation extends sympathies to Velez’s family and friends, including the badminton communities in the Philippines and the USA of which she was a member.