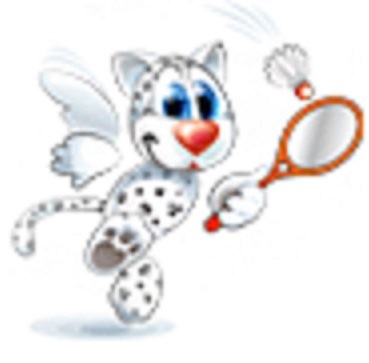 Some of badminton’s superstars will be gunning for glory when the 27th Summer Universiade starts in Kazan, Russia, today.

Korea’s quest for success in Men’s Doubles will be spearheaded by the high-profile world No. 1 pair of Ko Sung Hyun and Lee Yong Dae while their countrywoman and seasoned BWF Superseries campaigner, Sung Ji Hyun (world No. 6), seeks gold in Women’s Singles to go with her Victor Korea Open title. The Koreans will no doubt be buoyed by memories of capturing the 12th World University Badminton Championship (WUBC) team title as well as gold in Men’s Doubles and Mixed Doubles plus a silver and bronze in Mixed Doubles and Men’s Singles respectively on home soil last November.

The World University Championship in each sporting discipline is the single-sport equivalent of the Universiade and therefore last year’s performance should augur well for Korea in their Kazan outing. Meanwhile, Olympic gold medallist Tian Qing (world No. 8) will feature for China in Women’s Doubles and Mixed Doubles. Gao Huan (world No. 28) competes in Men’s Singles and Sun Yu plays in Women’s Singles and Women’s Doubles. The latter copped a bronze in Singles at last year’s BWF World Junior Championships and has begun showcasing her talent on the Superseries circuit, knocking out defending Li-Ning Singapore Open champ, Juliane Schenk of Germany, in the second round at last month’s event.

Among Thailand’s representatives are the promising Porntip Buranaprasertsuk (Women’s Singles; world No. 19) and Tanongsak Saensomboonsuk (world No. 21) who surprised many to reach this year’s Yonex All England Men’s Singles semi-finals as a qualifier. Fresh from a silver medal at last weekend’s Mediterranean Games, Pablo Abian Vicen of Spain, will be aiming for a step higher on the podium in Men’s Singles and Belgian Olympian, Lianne Tan, appears in Women’s Singles.

Naturally, not to be outdone on home court, Russia have a strong contingent and head coach Klaudia Mayorova  (right) believes the country’s best medal hopes in badminton lie in Men’s Doubles with the twin towers – Vladimir Ivanov and Ivan Sozonov (world No. 13); recent semi-finallist at the Djarum Indonesia Open and who played unbeaten in four matches in Level 2 of the Li-Ning BWF Sudirman Cup in May. Ivanov will team up with Nina Vislova (London 2012 Women’s Doubles bronze medallist) in Mixed Doubles.

“We have hopes for Men’s pair Vladimir Ivanov/Ivan Sozonov. Ivanov and Vislova also have chances in the Mixed category. (Tatiana) Bibik and (Anastasiia) Cherviakova (Women’s Doubles) do not perform badly on the international scene.

“A lot of things will depend on the draws – which teams we will play against. The strongest are the Koreans. We know nothing about Chinese team…but the level of competition in China is very high therefore good badminton players will be in Kazan,” said coach Mayorova, assessing the hosts and potential opponents.

On a more general note, she noted Kazan has an Olympic Games buzz as residents anticipate the start of competition today.

“I feel (the same) as at an Olympic Games. I’ve been to two Olympic Games and I can compare. The city is well organised and it looks very beautiful,” observed Mayorova, adding that the athletes’ accommodations and tournament venues are of the highest calibre.

Chair of BWF Events Committee and BWF Technical Delegate for Kazan 2013, Peter Tarcala, agreed, stating: “The whole city is alive with this big event. It’s like the Olympics. There are 20,000 volunteers ready to help in all aspects.”

Badminton begins today at the Tennis Academy (centre below) with a three-day team event before a break on Monday ahead of the individual competition which takes place 9-11 July in all five traditional categories. There are 20 countries battling for team honours while 40 nations have entries in the individual disciplines.

This will be badminton’s third appearance on the Summer Universiade programme, following Bangkok 2007 and Shenzhen 2011. Badminton is not among the 13 compulsory sports but it has already been confirmed for the 2015 Summer Universiade in Gwangju, Korea. The first Summer Universiade in Turin in 1959 featured seven sports. A little more than 50 years later Kazan sets a record in terms of the number of sports included in its Summer Universiade sports programme. For the first time in World University Games history, 27 sports will be contested at the 2013 Games. The snow leopard kitten, “Uni”, is the Kazan 2013 mascot (BWF home page; badminton pictogram).

* Sambo is a Russian martial art and combat sport.