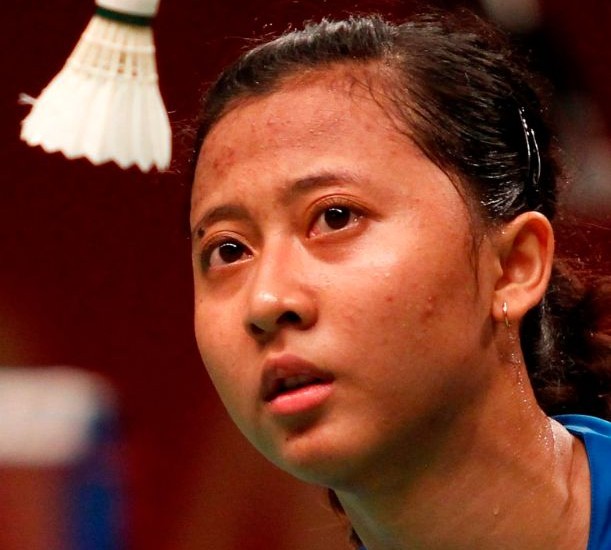 After the shocks of previous days, the Chinese juggernaut steadied itself in the second round of the Djarum Indonesia Open Superseries Premier today. For the Chinese, with the exception of Men’s Doubles pair Qiu Zihan and Liu Xiaolong, who retired in the first game of their second-round match, all their other big Men’s Singles action saw an emphatic win by Du Pengyu (centre below), who is the highest Chinese seed left in that draw after the exit of compatriot Chen Long. Du, who lost last year’s final to Simon Santoso of Indonesia, outclassed Sourabh Verma of India 21-16 21-6 in just 37 minutes. Du remained on course for a semi-final meeting with top seed Lee Chong Wei (Malaysia), who had little trouble figuring out Sai Praneeth of India, 21-18 21-12, in the night cap.

* In Women’s Singles, India’s Saina Nehwal (2), seeking her fourth title here, ran into some trouble against Japanese youngster Sayaka Takahashi, but pulled through 21-13 21-19.