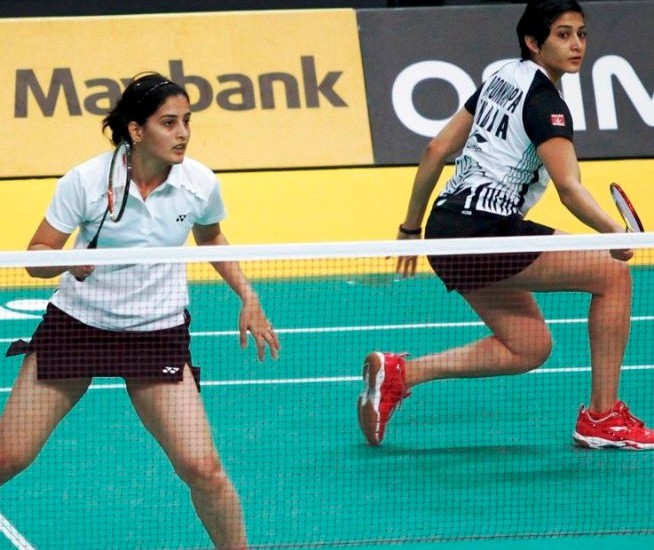 The Indian duo – who came together when Ponnappa’s regular partner Jwala Gutta took a break after the London Olympics – shocked the accomplished Chinese pair who won two Superseries titles in 2012 and just last week reached the Korea Open final. Ponnappa/Gadre (BWF home page) held their nerve in the three-game thriller and duly converted their first match point to claim victory, 22-24 21-16 21-19, and qualify for the quarter-finals.

In other action, it was a happy Thursday for Denmark as most of its players won their matches. Leading the charge was Tine Baun (left) in Women’s Singles; Yu Sun (China) could not stop the veteran cruising to a 21-18 21-17 win. Baun now faces Tai Tzu Ying (Chinese Taipei), who has a 1-2 record against her. Incidentally, each of their three matches has gone to three games. • One of the day’s biggest upsets was the defeat of Korea Open winner Sung Ji Hyun’s by teammate Bae Yeon Ju. Although Bae has beaten her twice before, Sung was one of the favourites for the title here given her recent form. She had an opportunity to take the match into a third game with two game points but Bae saved both in her 21-17 22-20 success.